Rhoda and Mary Tyler Moore Show.
Used to watch both but can't remember much about either.

I remember both shows: she was Rhoda In The Mary Tyler Moore Show and then starred in Rhoda - an award-winning spin-off.

Both shows did much to empower women in the male-dominated world of American TV.

And, I think Mary's was a spin off of the Dick Van Dyke Show.

Terrible tragedy but I really didn't see the point of those books.

Tony Blair was still popular, that's how weird it was.

RIP
Ric Ocasek of The Cars .(He's not the singer but he did write it.)

Valerie Harper as Rhoda - amazing. I really liked that programme. In the history of American sitcom, there's probably a dozen which are named after one person. But this is the period of Taxi etc, I reckon, when they were churning them out and it seemed pretty good but now it does look like class. They were precursors to Cheers in some ways and Cheers. of course. is one of the giants but there is just something about the 70s stuff. . A part of it actually was how they filmed it. It has a certain look and style. But it was also how America was to a naive British audience which could never contemplate ever going there. The characters. You could identify with them while seeing them as almost ethnically different, Later, there would in American sitcom be greater identification - Big Bang is a good example - but because they felt more universal.

In writing, Rhoda was better than, say, the good enough but brutal Roseanne. It was the 1990s which turned almost everything towards brutal and while there were positives it was in the longer term a downgrade. Some of the 70s stuff didn't even get here. I am desperate for them to release a UK DVD for Chico and the Man and also, I know it's a bit later, Barney Miller which did get here but only briefly and on the TV fringes. Sorry - a ramble but I think the 70s is style, it continues into the 80s which is distinctive in itself visually - I would argue too that Cheers at its best was almost a pinnacle in writing - and then later whatever the greatness of writing - yes, Big Bang, brilliant plus Frasier but what else? - it all looks too real. But it is a muddle this. I haven't really done it justice. Rhoda in her way was more real in our perceptions. Not a little of that was down to Harper herself. There was something reassuringly permanent about her persona.

Leah Bracknell, who played Zoe Tate in Emmerdale for 16 years, has died at the age of 55. 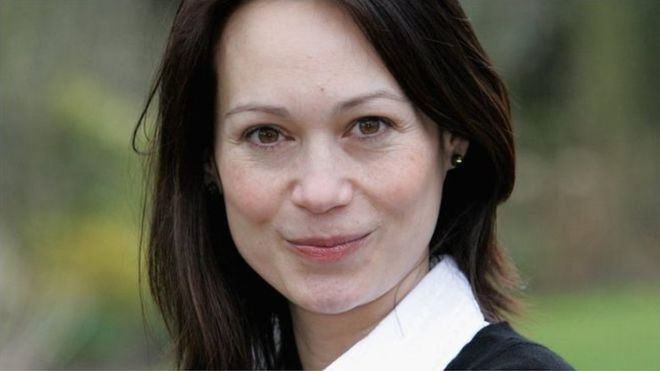 Leah Bracknell, who played Zoe Tate in Emmerdale for 16 years, has died at the age of 55.

Yes. I just read that. She was very attractive. Much more than that over-rated actress in State of the Union.

Legendary Irish broadcaster, Gay Byrne, has died at the age of 85.

It's highly likely that some BCG members have never heard of him but he was well known many years ago as a presenter at Granada TV in Manchester and became a big star in his native Ireland as a presenter and chat show host.

Strangely, his middle name was "Mary".

I must be thick. I've never heard of him, but that applies to a lot of folk these days. So, how many of you have heard of Robert Brown?

Considering how well known The Late Late Show is it seems to be a deliberate attempt to antagonise. It's becoming predictable and boring.

My dad was a big fan so I remember him since when I could crawl. A typical Irishman who was warm and sincere and sad news.

This is a great performance from The Late Late Show. If you like Irish music it doesn't get any better.