The all in one consolidated RIP thread Page 11

They can't wait to get rid of him can they!

One of the very few actors whose name on the billboard I regarded as an inducement rather than a warning.

Best known for his dramatic work, but he was no mean hand at comedy, as he showed in the undeservedly short-lived local government sitcom, Struggle.

Brian Matthew has died, age 88. Those of a certain age will have grown up with his presenting radio & tv pop music shows in the 60s and, in more recent years, "Sounds of the Sixties" on Radio 2 on Saturday mornings. R.I.P.

This is the second time he has been announced as dead, but it seems it is STILL not correct - from 19 minutes ago :-

The BBC's earlier announcement that Brian Matthews had passed away was not correct, they have announced. He remains critically ill. pic.twitter.com/e3NvzYEa1R

NOW he has died, the DJ legend and voice of the 60s with the ground breaking Thank Your Lucky Stars amongst many other things.

Yes, Rest In Peace Mr. Matthew - I will miss those dulcet tones.

NOW he has died, the DJ legend and voice of the 60s with the ground breaking Thank Your Lucky Stars amongst many other things.

Yes, Rest In Peace Mr. Matthew - I will miss those dulcet tones.

Sad day. I remember Saturday Club on the Light Programme, pre-Radio 1, one of the few pop programmes at the time.

Oh, that's so sad; but hopefully he will now be with Shep as I remember he was very upset when the dog died.

His climbing of Nelsons Column is legendary. Though sounds a bit rude now. And there was the 4 man bobsleigh he fell out of.

I just saw the Nelson's Column clip. It looked like he wasn't tied on to anything at all. :O

I just saw the Nelson's Column clip. It looked like he wasn't tied on to anything at all. :O

That's right - no H&S then. Heart in mouth time, and like Fred Dibnah did on occasion I have no idea how he managed to climb leaning out to clear the plinth at the top - feeling dizzy now thinking about it and THEN free climbing up a ladder to the top of Nelson's head!

There was a section on a program the other night about bad things happening on children's television where they covered a lot of the unbelievable stunts Blue Peter did.
Valerie Singleton in a speed boat on the Thames that hit a log at full speed and disintegrated, throwing her into the river.
They fished her out and she went straight into a piece to camera.
And the other dozy bugger Andy, that put the star on top of the Trafalgar Square Christmas tree and dropped it to the floor nearly following it.

Hah, I remember the last one happening.

I thought - incorrectly - that he was related to the 1960s Joker.

John Heard
The actor who played the father in Home Alone

and The 'bent cop' in The Sopranos 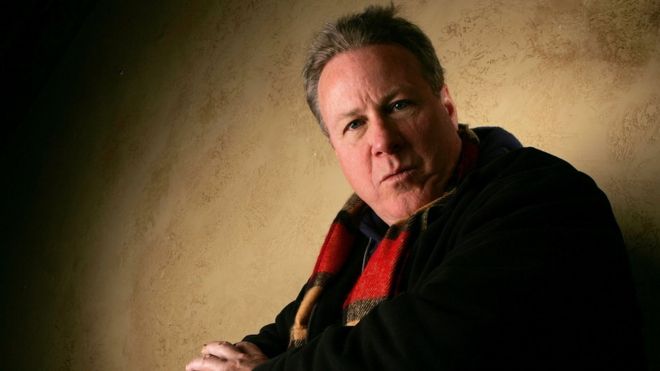