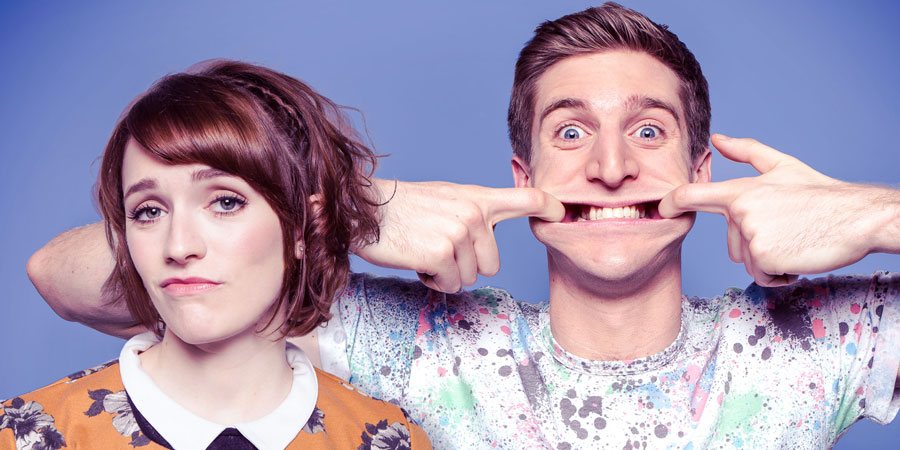 It's still not even close to being one of my favourite sitcoms, but the first two episodes were more enjoyable than the entire series 1. It must be because they toned down the protagonists' insufferable personalities somewhat.

I loved the first episode, almost made me want to try rugby.
Great to see Charlie Covell too.
I agree that they may have slightly toned down the annoyingness (of the brother especially) from previous episodes. But I loved series 1 anyway.

I did not like series one at all however the first two episodes of the second series have been great. It's certainly won me over.

This is definitely my favourite sitcom of the last year or two. Hannah's face when she gets £100 for the Yorkshire Puddings... Talk about burning your bridges...at both ends and on all cylinders....

She is my absolute hero.
She is utterly hideous, but somehow still manages to be likeable.

I just loved this series. Can't remember the last in detail, but I did like it.

That last line - oh my goodness!!

Sadly I don't think the ratings have been great.

I thought this series was a massive improvement upon the first and that last episode was excellent.

Astounding end to the series. Can't believe they went there. Brilliantly funny and twisted.

This has been cancelled. Slightly miffed as this was quite an okay series.

Disappointing to hear. I wasn't keen on the first series but the second series was outstandingly good.

Disappointing to hear. I wasn't keen on the first series but the second series was outstandingly good.

What was the difference between them?

I just found the whole concept to be rather bland and uninspired. It was rather run-of-the-mill BBC3 stuff.

Going into the second series, however, knowing the characters and seeing them put into increasingly better situations with each subsequent episode just made the show less generic and more distinct.