The Fall and Rise of Reginald Perrin Page 3 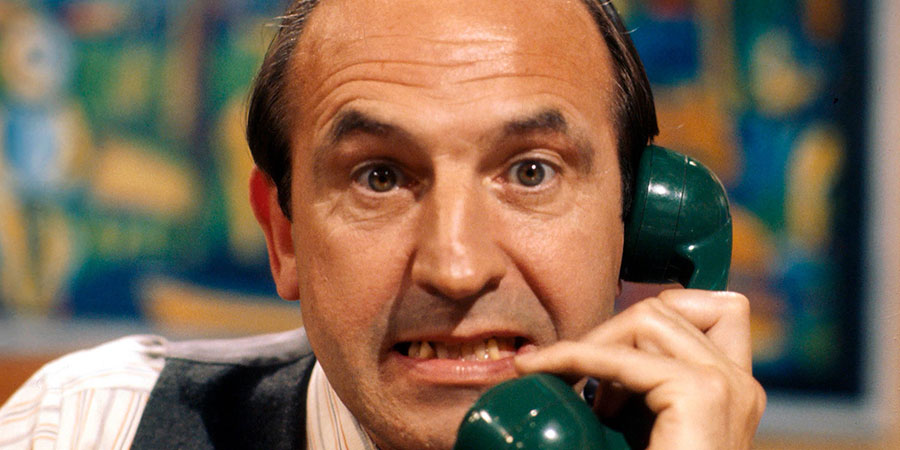 The Fall And Rise Of Reginald Perrin
Reply

Dug this out on Youtube recently and exactly the same thing happened. It's pretty much purrfick for the first five episodes - pressure-cooker atmosphere, horizontal and vertical story-lines, strong characterisation, seamless laughs (even the catchphrases), everything from wit to bedroom farce... Then it goes seriously off the track. It loses the intensity and just meanders around without getting anywhere. The second series is essentially repetition, and the third is classic shark-jumping. But Leonard Rossiter is up there with Rik Mayall as incapable of delivering a duff line.
Tryna dig out the novel too - there's an Italian trannyslation. Two birds, one stone and all that.

Poor old Herc - he hates all of that 'American Corporate Claptrap'!

Thank you for the information though, I love Reggie and all of his eccentric friends, colleagues and family too. I seem to recall reading somewhere that in the original David Nobbs books, Uncle Jimmy and Reggie's daughter were supposed to be a bit, well, 'Rolf Harris' if you catch my drift. Yuck.

Yeah. Very late follow-up but I read that some elements of the book were considered too 'off', especially for a prime-time 70s sitcom. As I said, I've yet to track it down, but incest was definitely mentioned.
Incest. I can relate to that... I tried it once, but I'm sworn to secrecy about who it was with. Mum's the word.

Yes, I'm repeating myself I know but this sitcom shows the drawbacks of adapting a novel for a series, and highlights the stark differences between pure standalone episode sitcom and a sitcom following a narrative arc. It started superbly with most of Series 1 but then meandered into a cycle I'm not even sure was in the book, because a short comedy novel should be completed in six sharp episodes, and I can think of none done better than Sharpe's Porterhouse Blue.

The other thing I'll repeat is, as good as Series 1 is with its selection of mad characters and catchphrases, there is no way on any planet that this should get higher up the list of best sitcoms than one of the purist sitcoms of them all, Rising Damp. shocked face! Rossiter is good in everything he did, but in Rising Damp he was breathtaking.

Porterhouse Blues was based on Peterhouse, Cambridge, where I ''''studied''''. I use that to break the ice at parties. I don't get invited to parties very often.
I'll definitely give the book a go and update. I read that the second and third books were actually commissioned by Rossiter to give the show something to be based on. Putting the tart before the whores somewhat. I've also heard that the Nuts In May brother-in-law was written out because he was too funny and unbalancing Reggie as the comedy lynchpin.
I'm into passive incest. Family comes first.

Still struggling with the second series. It's too derivative of the first to really really work: same catchphrases, references to things that were funnier when we actually saw them happen, same situations but forced onto different, innapropriate characters, e.g. Reggie is now CJ's boss. I'm not sure the anti hanky panky CJ would try to seduce Mrs Perrin, either. Still fun, but getting a tad tedious.
It's a shame cos the first four episodes are almost perfect. I tried to write a sitcom once and it's so tough. It isn't just a bunch of clowns mucking around until the time's up. There's so much you have to get right - characterisation, plots and laughs that arise naturally out of those people in those environments. The classic example is Hancock's 'Does Magna Carta mean nothing to you? Did she die in vain?' That's not even a good pun, but the fraught situation and Hancock's pomposity make it hilarious. The early Perrin gets just about everything right.
It's gems like this that make up for the rest https://youtu.be/Xb82v7wh1Fw

Finished the second series and I don't have anything to add. There are three more awaiting but I need a break.

Series 3 is my absolute favourite

Yeah? I thought it was all downhill after ep five. But as the two-dicked guy said to the prostitute, Thanks for the heads up... I'll give it a while, though. There's only so much xxxx minutes late, great, super, didn't get where I am etc I can take.

I haven't seen the series since my Lovefilm days but S1 seemed to be the best, as I recall the retreat in S3 was pretty ropey.

As I said, I'll give the others a go, but I need a rest. Series 2 was frustratingly derivative, with only the occasional gem.

Just binged the first two series. And too much of one thing is bad enough.

Series 3 is my absolute favourite

Watching it and it's surprisingly funny, especially after the Perrin by numbers of S2. The problem is they clearly hadn't reckoned on going on for so long, so they're contriving silly scenes, and it's more a collection of funny moments than a crafted sitcom.

Told you it was good!

Have you seen the role playing scene with CJ ? One of them pretending to be a union leader?

It's funny but a sitcom isn't just a series of nutty moments strung together. It needs story arcs and characterisation, or the whole thing is forced. It's Filthy, Rich and Catflap syndrome.

There is a story arc

Reggie wants to set up a commune in a suburban street

He does this with old colleagues and friends

Then you see what happens and how it fails