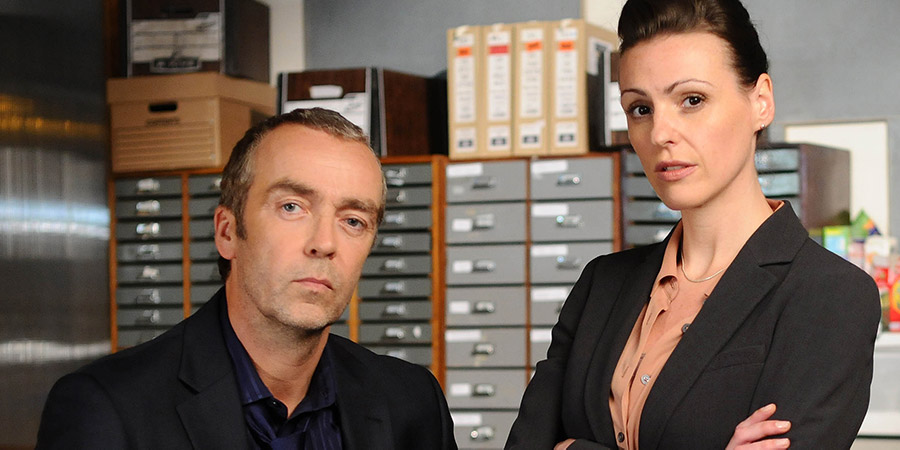 A Touch Of Cloth

Couldn't see a thread for this so here it is.

Personally I loved series 1 (if you can really call 2 episodes a series) and had mixed feelings about series 2.

It's on tonight, Thoughts?

I too loved the first case (that's what I'm going with, not series) and found myself not quite as pro-Case 2. III is marvellous though, as I hope you'll have seen by now.

I should point out though, that both I and III, I was lucky enough to see at preview screenings with hundreds of other people laughing along too, whilst II I didn't. So that may have influenced my initial feelings about II.

I really think it benefits from being watched as a 90-minute movie rather than 2x 60m (with ads), too.

Yes, it's always good watching these things with a big crowd.

I forgot this was on tonight! Damn it!

For sheer enjoyment, A Touch Of Cloth may well be my favourite comedy of the last ten years.

I've managed to get all three 'series' and just laughed all through #1. I'm definitely a case for the OCD Pause Button Ward

No way, I've never even heard of this, going to try and get hold of it

I watched the first episode of this the other day, but couldn't really get into it. Will give the second episode a go...

Just watched the new one. Better than 2, but not as good as 1.

That Danish joke... a spoof of predictable comedy turn in the middle of the crime drama spoof. How meta can you get?

I've been going through these again and I'm laughing as much as I did first time round. The absurdity of it all is so wonderfully overwhelming. I found all six episodes on Now TV. Very happy indeed.

Bought the DVD and as other have said Series One was great and Two pretty poor in comparison. Three was a return to form although not quite there.