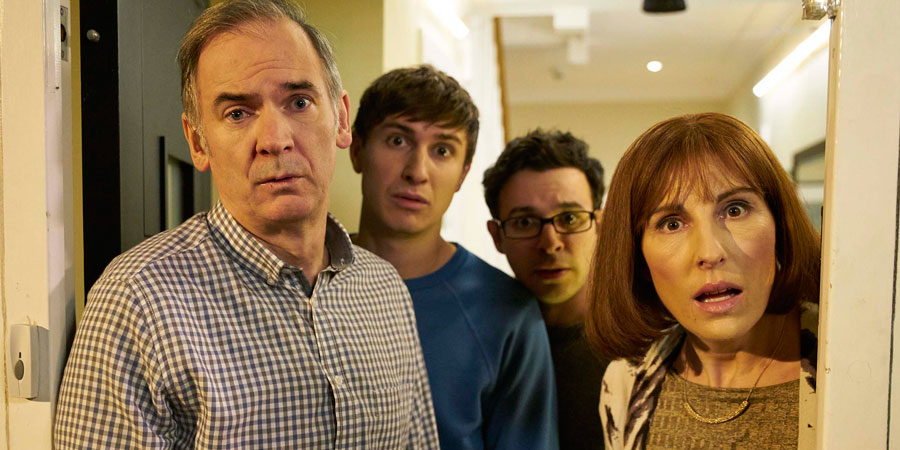 Series 3 of one of the best sitcoms in recent years kicks off little over a week!

Anyone else excited for this?

I'm lucky enough to have already seen the first two episodes of the new series, and have to say it's wonderful. Easily lives up to the standard of Series 2, and continues to surpass Series 1. Very funny indeed.

Awesome it's a rarity a classic sitcom, that's painfully funny.

I shall be roasting a squirrel.

I'm lucky enough to have already seen the first two episodes of the new series, and have to say it's wonderful.

Can't wait for this.

Back in a week? Awesome news. Love a bit of squirrel!

I enjoy it, esp the Mark Heap character. However I do find the two boys' continual pranks and fights rather tiresome after two series.

I know it's at Series 3 but I find this rather underrated. It's got a great cast and excellent writing and deserves to be picked up again and again but no one I speak too knows of its existence. Is it just me?

I don't think the ratings have exactly been spectacular, so no, I daresay it's not just you!

Strong start to the series I thought.

The relationship between Adam and his girlfriend seemed inevitable right from the word go and the show was able to avoid its own clichés to reach that conclusion. This will probably be the stand out episode of the series.

I find the true classics of a series are usually the ones you can sum up in a sentence:

I'd advise to hold back on that thought until you've seen a few more episodes.

I'd advise to hold back on that thought until you've seen a few more episodes.


Yes. I agree. I hope I'm wrong. I'm always hoping for more Mark Heap as Jim. "The Mouse" episode from the end of last series had me in stitches, just brilliant.

I thought that it was a great episode, a tightly plotted farce.

From what I saw on the trailer, it looks too similar to the first two series, but the first episode was good last night.

Martin, the dad was highlight of that episode.