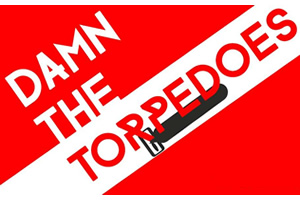 a pun with an explanatory link? Who are you Damian Albran and Alex Cox?

At least it avoids having to shorten the name to achieve something inappropriate....

Fantastic news for all those involved. I am really chuffed for you all

Fantastic news for all those involved. I am really chuffed for you all


Thanks Will. I particularly like the idea of doing a Christmas special!

Massive congratulations to all involved. I look forward to hearing the series.

Amazingly well done, and I enjoyed the show. I've got to ask though, do modern pilots still use machine guns?

No, British military warplanes haven't been fitted with them since about 1942, with rare exceptions. They just weren't effective against aircraft not built of wood, as less and less were.

The familiar term 'machine gun' was still used for many years in popular media like comic books and films even after their replacement cannon had made way for newer weapons in the 50s and 60s.

awesome pun can't believe I missed it first time around.

Our new series starts this Friday. A trailer sketch is up here: https://t.co/c9kFOBlx8B

Will be one episode a month, with the first on Fri at 630pm on British Forces Broadcasting Services radio (DAB) and FM on the below local stations. If you're nu skool, it will also be online via BFBS http://web202.ssvc.com/radio/

Hi - what a great show. Hope it makes it to the Beeb.

However the episodes available on line at AudioBoo are only labelled:

Also do you have a catch up service to listen to ALL episodes incl. the pilot or are they available on CD?

Hi Chris, thanks for the really positive remarks. Yes we'd love for it to make it to the BBC! But we're also delighted BFBS have been so supportive to commission the full series.

This link includes both (the only two) episodes that have been broadcast to date. http://web202.ssvc.com/radio/articles/2885

Also do you have a catch up service to listen to ALL episodes incl. the pilot or are they available on CD?

My link above has both episodes so at the moment there is nothing missing from the online service. I'll make sure subsequent episodes remain available online.

Thank you. We need to complete Series One first. And then possibly a series two! But I appreciate the sentiment