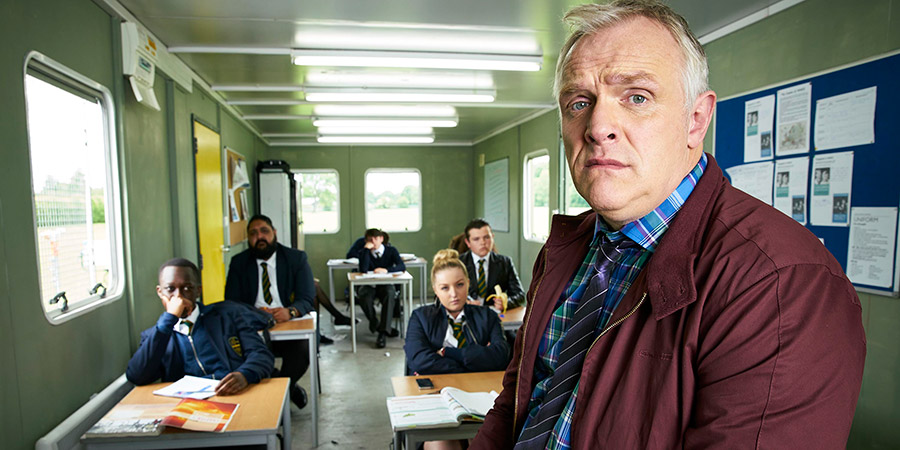 The show was growing on me and I was liking it then episode 4 happened, Greg Davies is good on screen but the writing was poor, the whole restaurant meltdown was over the top and unrealstic, didn't fit in with the kind of surreal tone in past, the whole blaming God because every one was in the restaurant at the same time (what someone reading a script would say is too contrived) was a way to try and hide the massive coincidences and was obvious.

The shagging the cleaner was pointless and a bit lazy, but was offered like a big funny finale - hardly clever.


You must be talking about episode 5 because none of what you described happened in episode four.

Thanks for the spoilers.

I don't really feel any different after episode 5 as I did after episode 1. Maybe a little more open to the puerility. I still think Roisin Conaty and... the uptight bloke, are shite.

Rik Mayall is ten years older than Greg Davies, how many times has that been mentioned? Let's tally it up for now.

So much wrong with it... but it's still good fun. It's just so blimmin' mad.

You must be talking about episode 5 because none of what you described happened in episode four.

Thanks for the spoilers.


Yes 5 and don't worry nothing to spoil.

I thought episode five was one of the strongest yet. There's some minor gripes but overall I find myself laughing a lot.

This is dire, I can't believe it's getting a second series.

Oh dear, I guess this didn't get any better, then. Very strange that it was recommissioned so quickly - perhaps we're unusual and most people loved it? Aaron raved about it, so maybe the other reviews sung its praises?

Loving this mainly because of Rik! His bits just make it for me.

Is this the return of the famous Cotter?

I am really shocked that this has already been given a second series. I think it's awful, I just cannot stand it. There is nothing funny about it.

I am really shocked that this has already been given a second series. I think it's awful, I just cannot stand it. There is nothing funny about it.


Heh, well, as the saying goes "opinions are like arseholes.."

Loving this mainly because of Rik! His bits just make it for me.

Not the funniest show I've ever seen, but not quite the worst. Thought episode 5 was the best of the series. Episode 6 just leaves the door open for Dan to start up with Emma in the next series. Nothing that would make me excited for a new series.

I agree with people that the show started poorly and as a bit of a mess, I personally only stuck around because of goodwill accrued on other shows/mediums. But it definitely carved out a world and tone of its own.

A few little bits of info that no one probably cares about but I think are useful and answer questions people vaguely asked earlier in the thread (most gleaned from Greg's stand-up DVDs).

- Greg was an actual drama teacher and the show is loosely based on parts of his life (exaggerated for effect obviously).

- 'Space Mission' is the lesson that Greg gives the kids and was supposedly his one lesson plan for every class he taught and consisted of him making the whole thing up every week. Apparently the kids loved it.

- Rik Mayall is a caricature of Greg's real dad who often played wildly dangerous pranks on Greg throughout his childhood and continues to do so.