I asked Frank Carson, What's that crunchy snack you can spread butter on?

You can do better than that.

First rule of comedy: Self belief. I used to dream of having that.

First rule of comedy: Self belief.

Now it's don't refer to anyone or anything being 'black'

I watched a program the other night about a bloke who's knackers weighed 10st
The living persona of Buster Gonad in the Viz.

He had to wear a hoodie upside down over them.
At first it was so extraordinary watching him lugging his bollocks about, it was hard not to laugh...

But it quickly became sad and tragic as the reality of having 10st goolies became apparent.
He had to rest them right in the toilet bowl to piss, as his penis was somewhere inside them.

Being in America and with him unable to work - he had no medical insurance so no hospital would operate on him.
And they were still growing at 3 to 4 pounds a month.

Eventually a hospital removed them for free... but I later read he died from a heart attack.

What a load of bollocks

The film stars the incomparable Errol Flynn and the beautiful Olivia De Havilland. 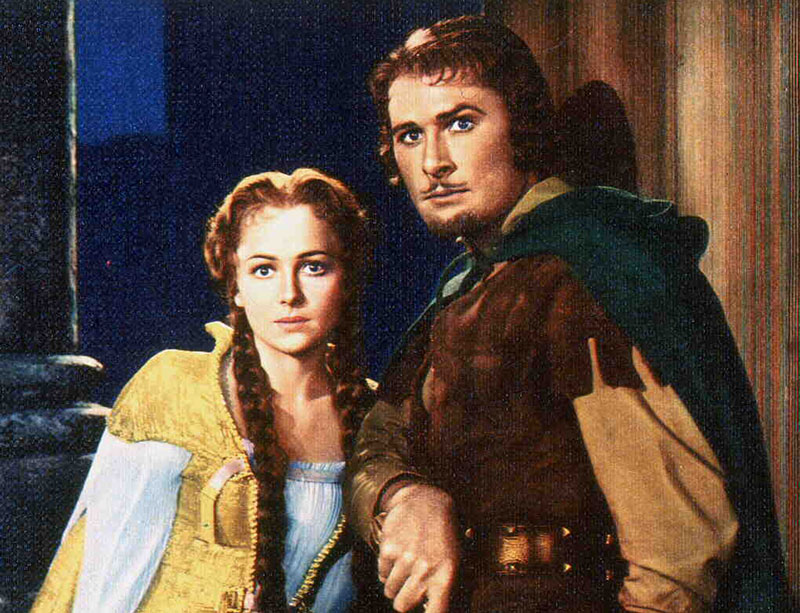 . .
Astonishingly, Olivia is still alive at the ripe old age of 104.

I see Errol has got hold of his weapon,as usual.

I got it in quick before the rush.
(another one of Errol's)

In 1966, as Geoff Hurst was running at the German goal in the dying seconds of the match, some spectators invaded the pitch, apparently unaware that the game was still in play.

The commentator reported this mini invasion, saying "They think it's all over".

About a second later, Hurst strikes the ball and it flies into the back of the German net.

That's how it happened on the day and that's how, for decades, it was shown happening in film footage of the event.

However, at some point that footage was doctored (intentionally or accidentally) and it's the doctored footage that was shown on Jack Whitehall's recent TV programme.

On the doctored footage, the comment "It is now!" is made almost simultaneously with Hurst striking the ball - and certainly before the ball even reaches the 6-yard box. At that moment, it was entirely possible that the goalie might have saved it.

The most likely explanation is that there are some recordings of that incident in which the soundtrack is running fractionally out of sync with the video track, the sound being just slightly ahead of the video.

That would be unnoticeable in almost all circumstances but when that glorious goal was scored, it becomes very noticeable because it makes the commentator appear to have psychic powers!