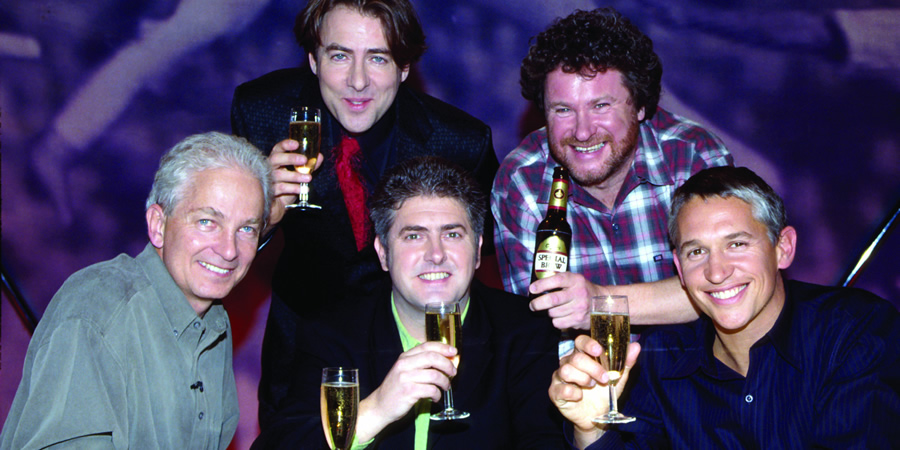 They Think It's All Over

I went to see Lee Hurst live recently and seeing how funny he was, remembered They Think It's All Over. I've done a quick scan through the forums but I've not managed to find much information about it here.

Obviously (IMHO) the Lee Hurst episodes (1st 5 series according to Wikipedia) were the best, but it was still ok when Jonathan Ross took over. I just remembered though that I didn't see many of the latter series with Lee Mack as host due to starting a new job around that time (and the programme generally going downhill).

However, Dave (or G2 or Gold2 or whatever they called themselves) did repeat some of the latter series.

My point, what are the chances of having some of the earlier stuff being repeated or even released on DVD? The latter series only appear to have been repeated once and then forgotten. I've got the DVD/VHS specials, but the actual series would be a real bonus.

They think it's all over?

Loved this show, trying to collect every episode.

Have you managed to find many episodes?


It was funny tho

It was all a bit laddish and matey, but I always found it funny. I seem to remember Will Carling getting wound up over his affair with Diana being great at the time.

All Diana jokes came to a grinding halt after summer 97...wonder if the lads felt guilty about them.

Have you managed to find many episodes?

Yes, I've found a fair few now, I have series 3 and series 4 complete, most of series 5 and series 6, a great deal of series 8, 9 and 11 too. I have half of series 1, but really need the other half, and most of series two which is arguably the best, if anyone fancies a trade up with me, please let me know, I've got a lot of hard to find ones now.

If anyone fancies trading episodes, these are my needs for the first 11 series, anything not stated here, I have in varying quality

Hope nobody minds me giving this a bump, just seeing if there's any more fans of this about.

Series 2 is impossible to find!

To be honest, I've shocked you've found any at all. I've not managed to find any in a wide variety of sites.