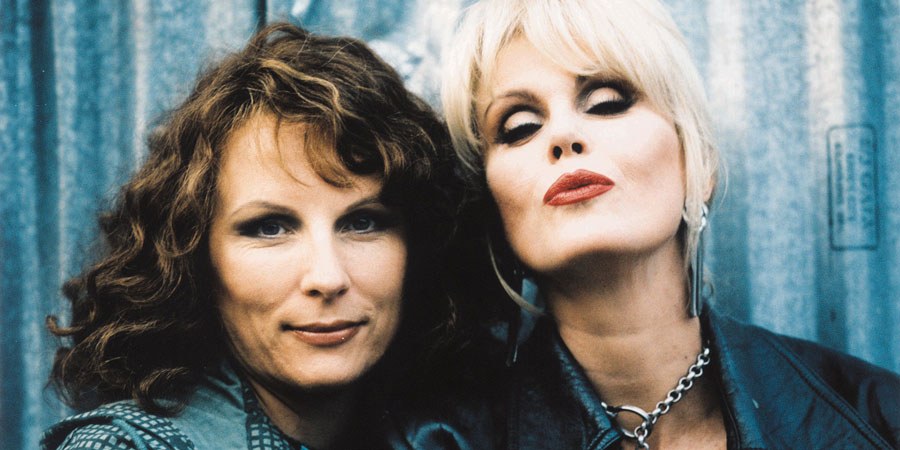 The announcement came today that Jennifer Saunders is penning a film of her hit TV series "Absolutely Fabulous". I am just... speechless with excitement!
There was talk of a big screen adaptation in the nineties - but a two part television movie was made instead - "The Last Shout".
The French made a film, "Absolument Fabuleux", based on the series a few years back.
I am assuming, by the BBC's involvement, that the original television cast will be involved. The story begins with Edina and Patsy waking up on a yacht that is deserted.
Is anyone else excited? What do you think? *lol* *wub*

I think it's safe to say that they wouldn't be doing it if the proper cast weren't involved - BBC or not is no guarantee of that itself.

This is true - I think the original cast would be part of the package that any producer would expect. I imagine that Jennifer will be including all of the core characters. I wonder how many of the extended cast of regulars will be involved. Please let Celia Imrie be on board as Edina's rival Claudia Bing! I would love to see the two of them finally duke it out - after the long simmering cold war - and a luxury yacht would be a great setting!

Well I think they'd make it off the yacht relatively quickly!

I'm going to be lone voice of dissent here; this is a terrible idea. Ab Fab was a reasonably funny premise that was mercilessly flogged to death and quickly had any humour wrung out of it.

I agree it really should end now.

Just one more attempt to squeeze out some more money of this solid(not fabulous in my opinion ) TV show...

No Todd. I'm not excited.

Well - I still think this is a great idea, and this is one sitcom that has cinematic potential. I am glad to see that it will be handled by BBC films - that should help it stay true to the series and not make it too overblown. I wonder whether it will follow closely to the sitcom storyline or be more stand-alone. Now that the new Ab Fabs are showing, anticipation for this will 'balloon' I'm sure!

Well I highly doubt I'll go to the cinema to watch it (if it's not another TV movie?), but I'll happily watch it when it comes on TV.

Why can't people just be happy with staying on the telly?

Sounds like it will be a cinema release. The storyline promises to take the characters out of their regular setting - (ie: Edina's House) and have them on the move. "Sex in the city" - one of the many programmes that, arguably, only exists because Ab Fab broke into the US market, has made it successfully to film. The Ab Fab characters have travelled out of their setting successfully in their own series and in several longer specials including the two part TV movie in 1996 - so I think the potential is there.

I can see it doing okay in the US, so it may be worth it for them to make just for that.

But in general I'm not a fan of good TV shows automatically thinking they must go on to make a film. Just concentrate on carrying on making good TV!

It's so inherently sitcommy that I can't imagine a film working very well at all. And as none of the cast are household names I can't see it having much box office appeal, especially in the states. Stick to 30 min TV episodes.

It's so inherently sitcommy that I can't imagine a film working very well at all. And as none of the cast are household names I can't see it having much box office appeal, especially in the states. Stick to 30 min TV episodes.

Absolutely Fabulous is so massively popular in the USA that the past decade of episodes and feature-length specials have been UK/US co-productions.

They mightn't be household names in quite the same vein as Madonna, Nicholas Cage, Jennifer Aniston, Johnny Depp - but they are well known and famous, at least as characters.

Cinema is a completely different beast to televison. Popularity in one does not guarantee success in the other, hence a Glee movie this year dying on its arse. And I suspect Ab Fab popularity is relative and not nearly enough to deliver a big opening weekend and beyond.