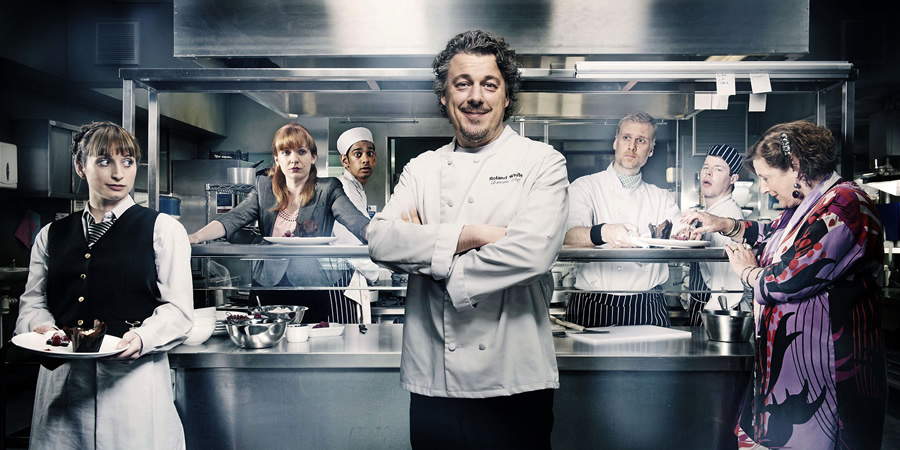 I agree with Timbo, compared to new 'teen' sitcoms like PhoneShop, the laugh count was impressive. Not that I have anything against PhoneShop, it was filmed in a local high street and I'm in the back of one of the scenes

Whites reminded me of an old American sitcom called Frank's Place. No laugh track, no studio audience, but the jokes/ambiance and all that are there. And like its predecessor, it fails to come back for another season even though it bloody well should have.

I didn't know what to expect when I started watching it. In fairness, I was looking up Katharine Parkinson's credits and stumbled across this after IT Crowd ended. By the name alone I was intrigued, just because in America there is no frigging way you're getting a name like THAT on a TV show without a riot. And truth be told, after watching some 70s BBC shows I figured anything is possible this side of the water. So I watched. Found the first eppy to be a little slow getting itself going. (Which is exactly how I found Frank's Place, but it grew on me later). I found the show to be a wonderful, accurate portrayal of upscale service industry workers, from the hot shot prick head chef to the Front of the House Runner/Busboy/Barbacks. Reminds me of a lot of stories my friends used to bitch about over shots of Jack Daniels in college. I found the humor to be in all the right spots, and not overbearing or underwhelming. Roland is just your typical wannabe Emeril Lagasse type, but you grow to get his angst even when you know he can do better. Caroline is the glue that holds the madness together, even though you know she hates her job, and Bib/Skoose are the EXACT TYPES caught up in inter-kitchen politics while trying to move themselves up their own corporate ladder of limited opportunities. Really would have liked to see this one go onward.