A Bit Of Fry & Laurie 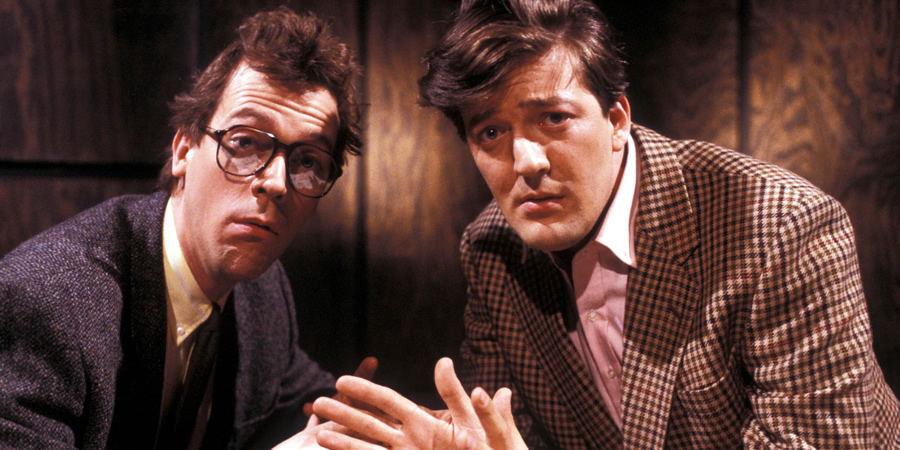 A Bit Of Fry & Laurie
Reply

Has anybody seen all four series of A Bit Of Fry & Laurie? I have only seen the first two episodes of series one. I have the first two series on DVD, but I am just wondering other people's thoughts on all the DVD releases and all the episodes?

Went downhill after series 2, which was by far the strongest IMO. Series 4 was frankly a bit lazy I thought. Too many guest stars.

Love it all. One of the few shows that stands up to a rewatch now. I watched it a lot as a child and I find it just as funny now.

"Damn, double damn and an extra slice of damn for the weekend!"

"Grasp the newsreader's nose squarely, waiter, or friendly milk will countermand my trousers."

"I can't pretend to be much of a judge of poetry. I'm an English teacher, not a homosexual."

"Mrs Popey, we may be stupid but we're not clever!"

"I suppose if I'm honest I use my penis as a sort-of car substitute."

"Haha. I sneak myself towards the suspicion that sir has cast me as the mouse in his ever popular cat drama."

I love Fry and Laurie. It's my favourite sketch show of all time, which is some kind of achievement considering how many I've watched. A perfect exaple of smart, well written comedy, that doesn't have to rely on being too surreal, or having to fill the show with comic characters.

I don't agree that Series 3 wasn't good, I thought it was just as good as the first two, if not the best series of the lot. Series 4 wasn't as good, but it still had some excellent sketches (the newsreader coughing fit is one of my all time favourite things they did).

Hugh's songs were also a fantastic addition to the show. I've found it really difficult to decide what my favourite ones are, but I would say the America song from Series 1, Where Is The Lid from Series 2 (and the obituary after it was genius as well) and The Nice Rap from Series 4.

Here's links to some of my favourite sketches -

As I mentioned in the Monty Python thread, there's so many good sketches that it's so difficult to pick out the best ones, because the quality of the show is so high. It's always a sign of an excellent show when you can think of 20-30 other top quality sketches off the top of your head, yet you can't remember the bad ones.

The Red Hat of Pat Ferrick!

The Pilot ... possibly my favourite episode of a sketch show ever. The Soup/Suit thing, the meta-review, America, the spray can, Fry's fluffy speech ... for me at least it was the gold standard.

Just wanted to drag this up, as it's pretty much the only sketch show I can stand *jabs siggy*

I love the Control and Tony sketches & "Mystery" by Hugh.
I think I can remember every word to both !

I have just watched episode one and I'm amazed how absolutely bloody awful it is.

I can't remember having seen it before although I'm sure I must've done when it first came out.

Before revisiting this first episode, I thought they were both great but, if I had access to a time machine, I'd go back to 1989 and shoot them both through the f***ing head.

Loved it and not seen it for a long time so the DVD boxset would bring back memories. They were both from the Cambridge Footlights which no doubt had an influence on their early material but I don't remember it being an issue. Both have always been good at the snooty types.