Mr G! You're not referring to the oh so funny and finger on the pulse arse Rude Boy are you? Shame on you.

The names of contestants and potential contestants for the next series of I'm A Celebrity, Get Me Out Of Here have apparently been leaked.

Nadine Coyle - apparently she was in Girls Aloud.

Roman Kemp - famous for being the son of Martin Kemp.

James Haskell - famous for being married to Richard and Judy's daughter.

While there are certainly some worthy inclusions among the prospective jungle-dwellers, I think the producers need to get themselves a dictionary and look up the word "celebrity".

Robbie Williams, who was quite famous at one time, has today popped back into our newspapers by suggesting we should have sympathy and consideration for the feelings of Rebekah Vardy who is in hot water for allegedly leaking private information about Coleen Rooney to the press.

Robbie, who in his youth achieved considerable success as a singer, now appears to be seeking fame as a virtue-signaller.

He's been out of the public eye for quite some time but it now seems he wants to be back - for good!

Do you see what I did there?

At today's Festival of Remembrance, Meghan turned up wearing a £25,000 pair of earrings while Kate wore a very fashionable headband by Zara - price £18.

Many observers will have grown up in the post-war years having lost fathers and/or other family members to enemy action and will remember the accompanying financial hardship only too well.

I could understand it if Meghan didn't have a top-flight PR team orchestrating her every move.

However, she does have such a team and, accordingly, I'm not at all sure they are earning their money.

Thanks for that, Paul.

I have to admit I haven't watched Eastenders since Den gave Angie her divorce papers.

The names of contestants and potential contestants for the next series of I'm A Celebrity, Get Me Out Of Here have apparently been leaked.

They include:
Caitlyn Jenner - former superb male athlete and now living as a woman.
Ian Wright - former footballer and father of Katie Price's Harvey.
Andrew Whyment - "Kirky" from Coronation Street.
Kate Garraway - TV presenter.
Nadine Coyle - apparently she was in Girls Aloud.
Roman Kemp - famous for being the son of Martin Kemp.
James Haskell - famous for being married to Richard and Judy's daughter.
Myles Stephenson - who?
Jacqueline Jossa - who?
Adele Roberts - who?

While there are certainly some worthy inclusions among the prospective jungle-dwellers, I think the producers need to get themselves a dictionary and look up the word "celebrity".

The only one that means anything to me on that list is Ian Wright although I had no idea that he was the father of Katie Price's Harvey (and, having now googled it, I find out that he most certainly isn't!)

As Frankie Boyle has pointed out, the Labour Party's problems are much more to do with its membership than with its leader. He applauds many of Jeremy's policies and describes him as a "sincere" man and a "man of principle". Frankie has, however, never hesitated to have a pop at Jeremy's often-overly-casual appearance.

If Jeremy had been looking like this for the past few years, he'd undoubtedly be standing a much better chance in the forthcoming election. 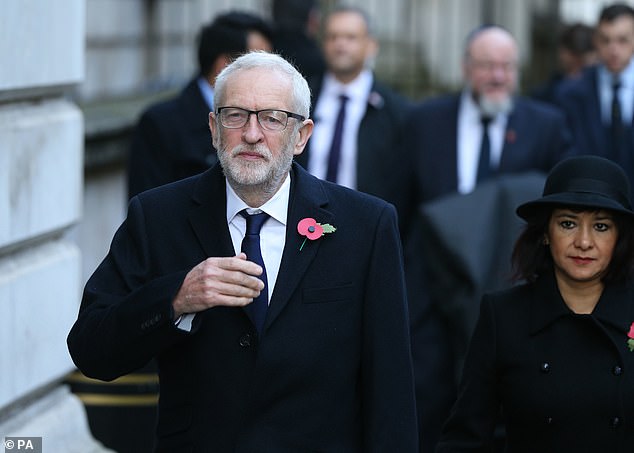 He'll be gone in a months time

Still, I hope you had fun jezzaa

Only a few days ago, Caitlyn Jenner (who, allegedly, is being paid more than anybody else to appear in the forthcoming series of I'm a Celebrity) was reported as saying she had absolutely no idea how the show worked.

That's a surprising statement from someone who, as her previous male self, was a contestant in the first-ever American series of the show in 2003 and made it through to the final week, just missing out on a place in the top three.

I always thought memory was located in the head but it seems possible some of it is stored elsewhere.

I have now amended the original post in order that further confusion (and possibly legal action) be avoided.

PS. I was hoping somebody might find it funny.

A post by you? Funny?? I suppose your optimism has to be acknowledged.

I can't work out how saying a Ian Wright is the father of Harvey Price when he's not is meant to be funny. Maybe you just got it wrong but can't bring yourself to admit it.

Same here and apart from a few minutes here and there I've never watched a full episode. It's getting a bit low when 'celebs' openly admit they are only doing the show for the money and the other 'celebs' are unknown outside of their small fanbase. Like all reality shows they are done to death year after year and just as one concludes another one is starting.

Made up stories about uninteresting celebrities.
I try to avoid The Mail.