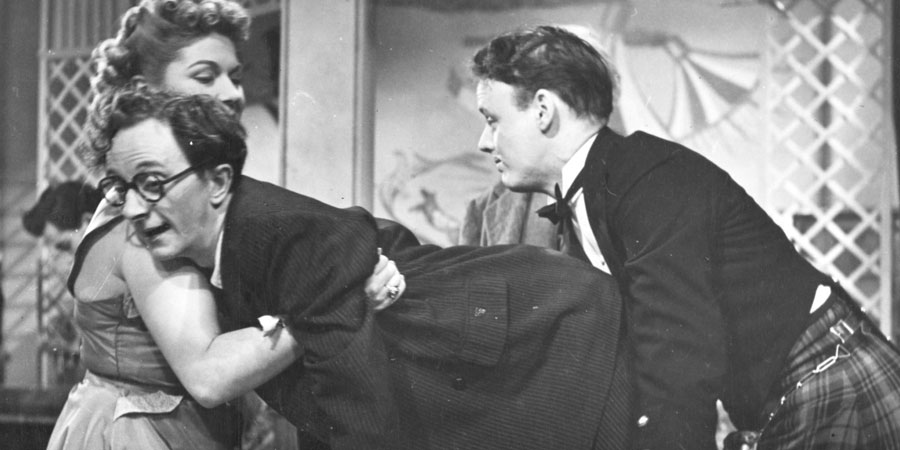 You're Only Young Twice!

Comedy amidst the arrivals of both a new rector and new secretary to the Principal, at Scotland's Skerryvore University

Skerryvore University's latest rector finds his installation ceremonies rather overshadowed by other events at the academic institution.

At the forefront of the unplanned distractions is Ada Shore, who visits in search of her uncle and is mistaken for and installed as Principal Asher's new secretary; the pair soon fall in love.

Her uncle, meanwhile, has long lead a quiet life under an assumed name. Working as the university's porter, he is in fact a celebrated Irish poet, doctor of literature and Nobel Prize winner who has been leading a quiet life in Scotland since the Irish civil war.

Puritanical Professor Hayman is deeply suspicious of the newcomer, and equally disapproving of many of the students, instructing his son, Adolphus, to discover what's really going on and report back.