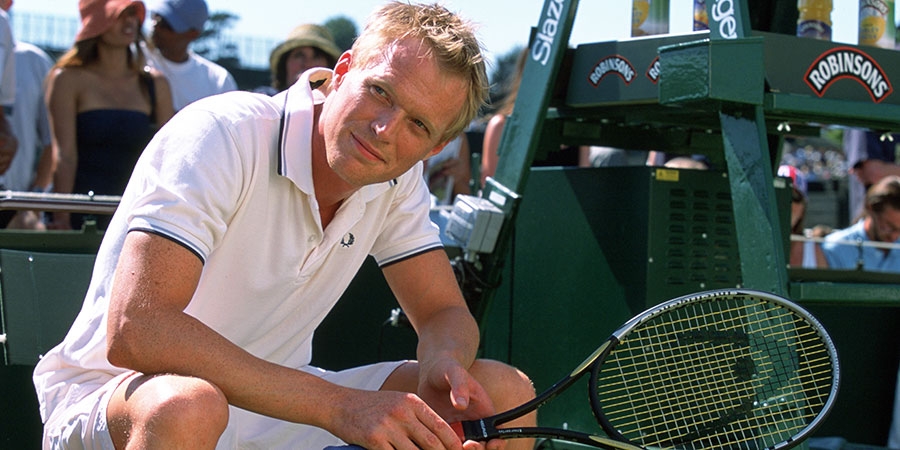 Romantic comedy. Peter Colt is a low-ranking tennis star whose misfortune on the court is only matched by his extremely bad luck in love

With the tennis world's calendar highlight approaching - the Wimbledon tournament - one-time ace Peter Colt is ready to hang up his racket and head into retirement. Now ranked 119th place in the world, he's preparing for this year's contest to be his final professional tournament before taking on the boring, if not lucrative, role of resident tennis teacher at a very well-heeled country club.

That is until a room mix-up at his hotel causes Peter to bump into a beautiful, young, female American player, Lizzie Bradbury. A rising star of the womens' game who has been tipped as a potential winner of the female contest, she and Peter hit it off straight away: despite her stern manager-coach father's warnings, they can't help but keep on seeing each other for an altogether different type of ball sport!

For Peter, this renewed passion in his life seems to put immediate fire in his belly and his game improves almost overnight, surprising pundits, other players and his own younger brother - who likes to make a pretty penny by betting against him - alike. However, for Lizzie the beginnings of a relationship prove only a distraction. As her game falters her father does everything he can to cut her contact with Peter, acting as a closer chaperone than ever before and even whisking her away to a secretive rented house to try to stop him getting in touch.

Without Lizzie by his side - or at least, cheering him on from the stands with a winning smile - Peter's game begins to falter again. Now much older than many of his opponents, he's up against not just agility and skill but his own body in each match. But whilst his back may be hurting, that's nothing compared to his heart; and despite her anger and frustration when she's finally knocked out of the tournament, the same seems to be true for Lizzie, too. Can the pair make it through the pressures of the sport, the media and their families and reignite their love?