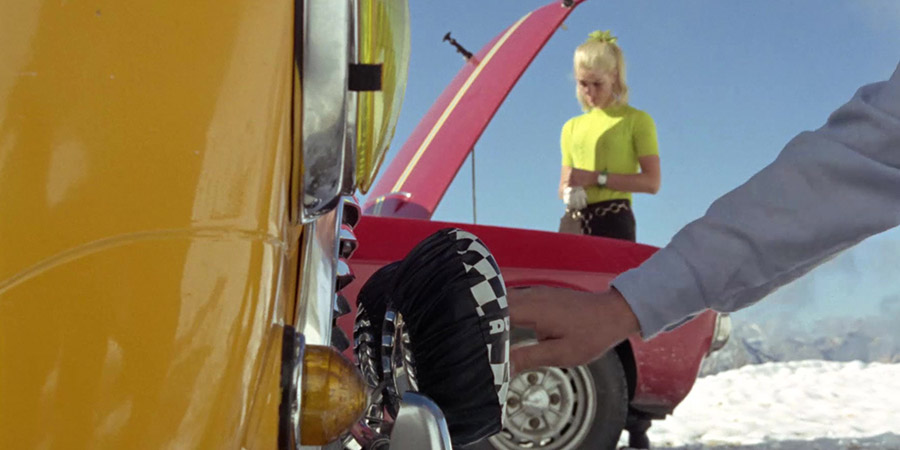 Two young blondes set out from London in a prized, bright yellow Austin Cooper S Mini for a driving adventure over the Channel.

Arriving on the Continent, however, a suspicious-looking man, dressed entirely in black, has his chauffeur secrete a roll of film under one of their car's headlamp covers whilst his own is stopped by customs officials.

Unbeknownst to the two females, he and his associates then set out on a desperate chase to get it back.