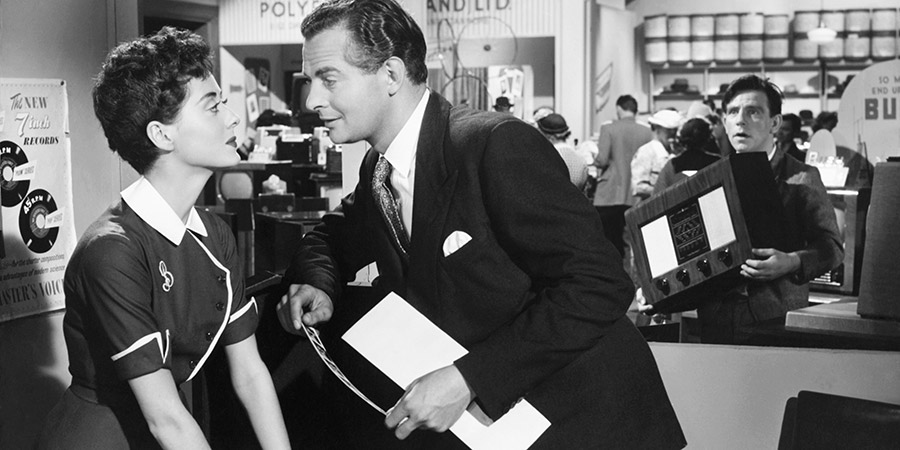 Working in the basement stock-room of Burridges' department store in central London, poor, luckless Norman is besotted with a sales girl from one of the floors above.

However, the beautiful Sally doesn't even know he exists - and when Norman tries to introduce himself, he only succeeds in getting her bicycle flattened by a large lorry!

Then there's new store boss Augustus Freeman: Norman doesn't get off to the best of starts, annoying Mr Freeman before his first day at Burridges' has even formally begun. But it's a series of mishaps with a window display, a soda siphon and a cigarette lighter that really get Freeman wound up!

However, when he decides to warn another man off Sally, Norman stumbles across a gangster plan to rob the store on the day of its flagship one-day sale. Barred by Mr Freeman from entering Burridges ever again, Norman faces a race against time to raise the alarm before it's too late.