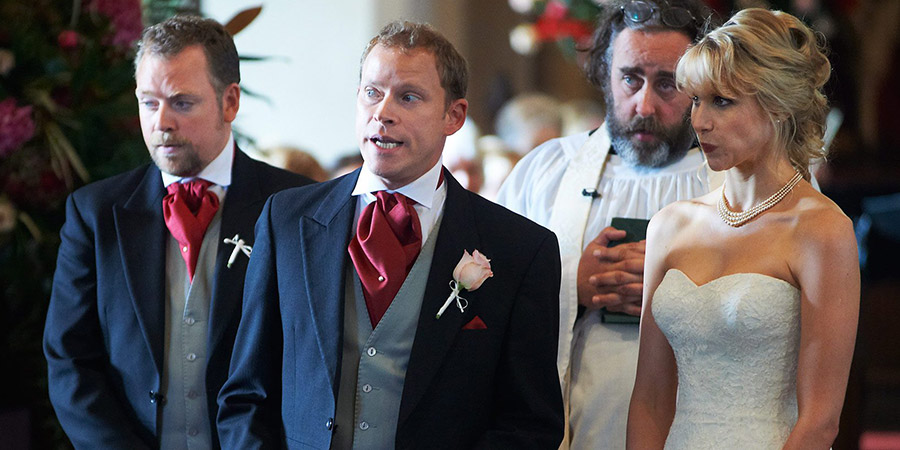 From the writer and director of Calendar Girls, The Wedding Video is a comedy set in the cut throat world of English society weddings.

Raif (Rufus Hound) is a shambolic oaf with a unique sense of humour who is suddenly asked to be his brother's best man. His present to the happy couple, he decides, will be a video of their wedding. He returns from abroad to meet brother Tim (Robert Webb) for the first time in years and his fiancée Saskia (Lucy Punch).

His film is our film - the final edited version with music, live action, interviews, the works. It's the wedding equivalent of Spinal Tap. And thank god Raif caught it all on film, because no-one would have believed it otherwise. Amidst the chaos of planning their big day and fending off unwanted help the couple begin to wonder 'who's wedding is it anyway?'

To Raif's surprise, he finds his once-bohemian brother has undergone a total change of character and is marrying into the most socially aspirant of families; Saskia's grandmother, Patricia would give Hyacinth Bucket a run for her money and mum Alex has successfully married and settled into life in the 'Cheshire Set' - the English 'Beverley Hills'.

As Alex tries to compete in this world of perfectly manicured talons and so win the approval of her snobby mother, Raif starts to uncover the sheer scale of the wedding industry in the 21st Century from personalised ring pillows to the most bizarre means of getting to the church on time.

As pressure mounts and the big day approaches Bride, Groom and Best Man have to face the fact that the sun is rising on the most outlandish, garish wedding in Cheshire history. And they're the stars...