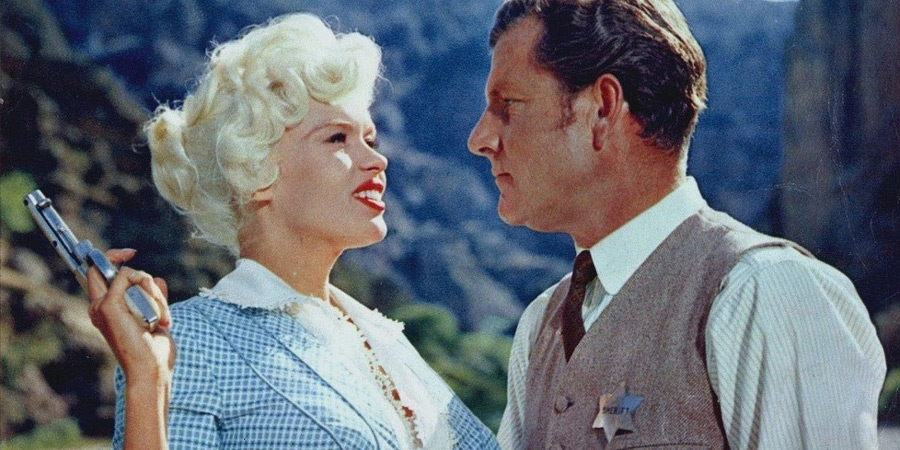 The Sheriff Of Fractured Jaw

It is the mid 19th Century, and family-run gunsmiths Tibbs & Company, est. 1605 of St James's, London, may have a Royal Appointment, but they are nevertheless facing financial ruin.

As the company nears collapse, the head of the wealthy Tibbs family orders his engineer nephew Jonathan to London to take up the reigns. Considering the company's position, Jonathan resolves that the quickest way to return to profitability is to sell more guns - and after perusing his Times, it strikes him that the place most in desire of a gun trade is the American West.

Heading out to the former colony personally, Jonathan soon finds his impeccable English upbringing has not provided him with the requisite knowledge to survive - let alone - trade, in the aptly named Wild West.

However, his naïve misunderstanding of numerous situations seems, inexplicably, to pay off. After talking off an Indian attack on his stagecoach, word soon spreads of his bravery and hard manner. Arriving in the settlement of Fractured Jaw, two notorious gangs each approach him with caution, and the town's weary Mayor imposes upon the newcomer the absent post of Sheriff!

With respected tavern proprietress Kate on his side, and a run of good luck that leaves the local undertaker astonished, Jonathan sets about bringing peace between the white and red skins, and neutralising the threat held over the town by the ruthless gangs.