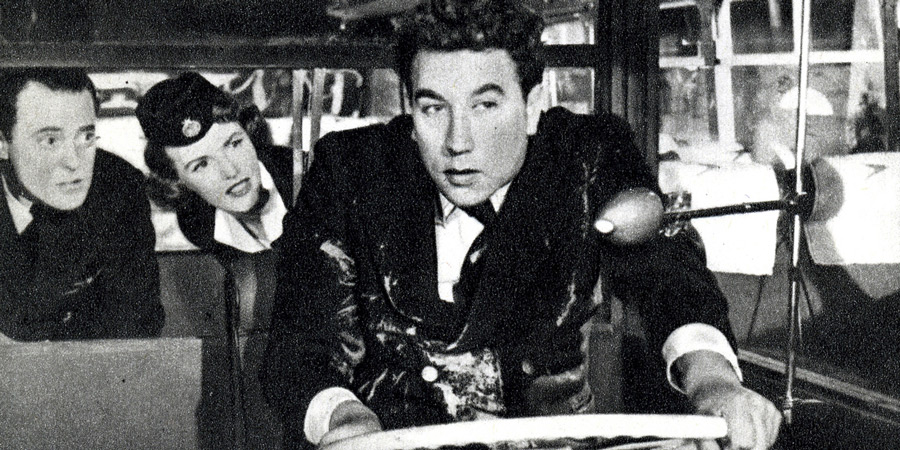 Amidst some of the worst weather in recent memory, Heathrow Airport finds itself at a standstill, with fog reducing visibility to a mere few feet. In all of the confusion and travel chaos a group of passengers insistent on passage to Ireland talk the airline into laying on a bus to take them to an airport in Hampshire, which apparently still has some departures.

It'd be a hard enough journey through the English countryside hidden by thick fog at the best of times, but poor relief driver Percy is frightened out of his wits when he discovers that a gang of master criminals have used the inclement weather and nightfall to relieve Heathrow's bonded store of £200,000 worth of gold bullion - and were planning to make the getaway upon his coach before he was sent out with the passengers!