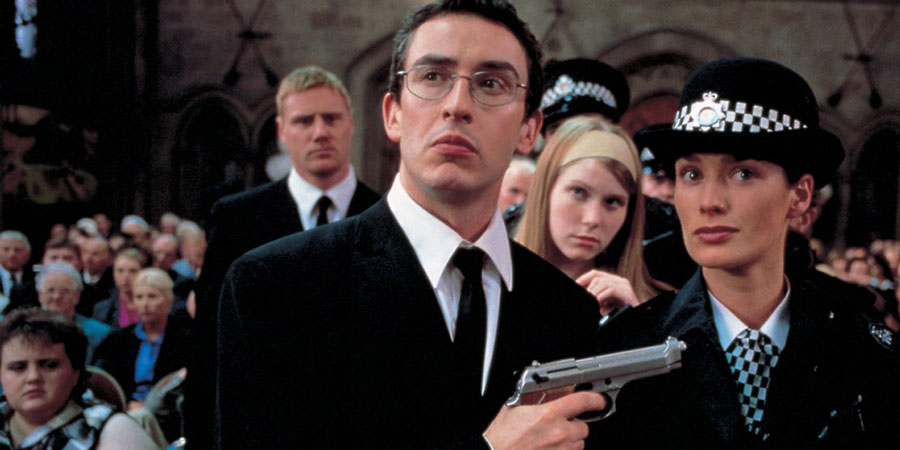 Simon Garden is a singularly inept parole officer who has not had terribly good luck with his clients - after many years on the job, only three of the former prisoners he's been looking after have avoided returning to a life of crime.

Garden is transferred from his post in Blackpool to a new assignment in Manchester, and it isn't long before he finds himself in hot water. Garden happened to be on hand when Burton, a crooked cop, murdered a drug dealer with whom he had been involved in a cocaine deal...

Realising he's in trouble, Burton rearranges the evidence so that Garden looks like the killer. A surveillance camera captured Burton's crime on tape, and now Garden must get his hands on the tape in order to clear his name.

However, Burton has cleverly stashed the tape in a top security bank vault to keep it away from Garden, so the parole officer must stage a break-in to collect the evidence - and he chooses as his accomplices George, Jeff and Colin, the three parolees who've stayed out of trouble until now.