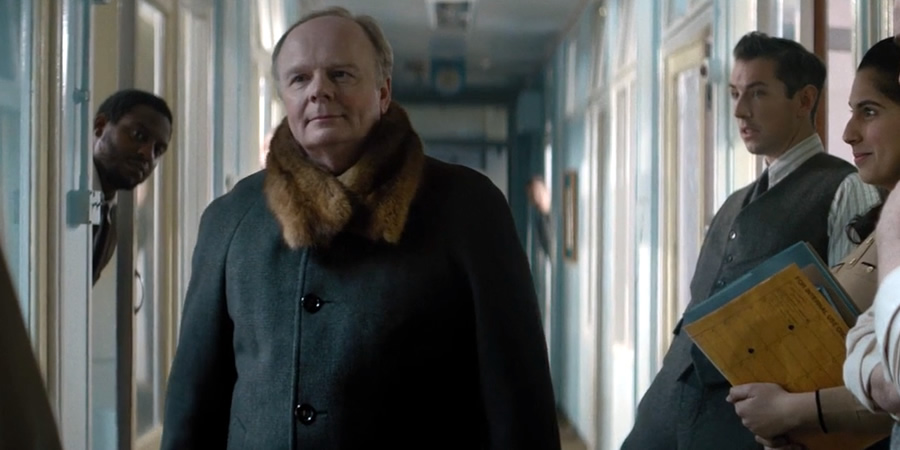 An unseen narrator introduces our hero, Christopher Cobbler, who is a lonely, eccentric man working as a proof reader in a massive, faceless government building where he is mercilessly mocked by his colleagues.

In an effort to raise his status, he scrimps and saves to buy a brand new overcoat, which has the desired effect and he is invited to an office party. But after one too many drinks, he is mugged on the way home and his prized new overcoat is stolen.

Desperate to recover it, and after no help from the police, Christopher goes to a VIP in the government to demand help, but the VIP's angry reaction sends Christopher into a hallucinatory fever from which he cannot recover, and he dies soon after.

But Christopher returns to haunt the VIP, and indeed the city, forever stalking the night looking for his overcoat. The narrator is finally revealed as a man telling Christopher's story to his friends in the pub, but as the narrator leaves, he has a very real encounter with the ghostly Christopher.

The Overcoat is available via iTunes