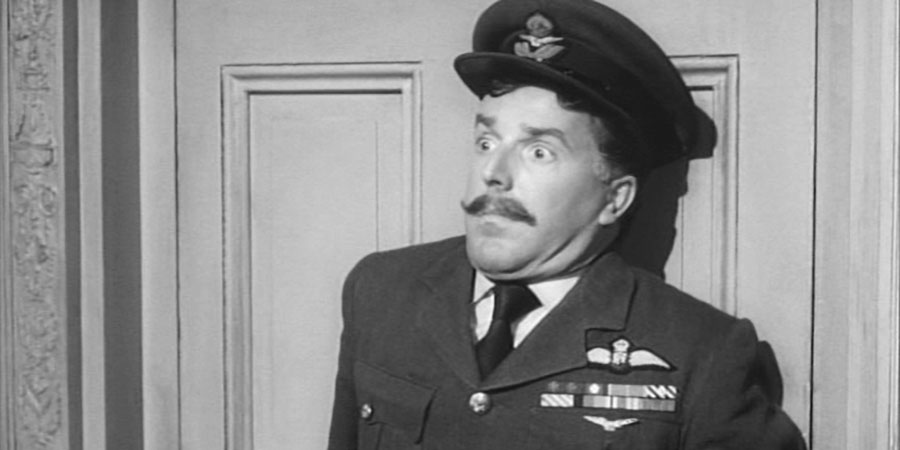 The Night We Dropped A Clanger

A Royal Air Force officer plans to fool the Nazis as to his whereabouts by using a double, but the double is accidentally sent on the officer's mission

A new flying bomb has been launched by the Nazi forces and is causing a stir amongst the British military. Decorated Wing Commander Blenkinsop is sent on a secret mission to France in order to discover more about this deadly new device.

One of the Nazis' most-wanted, it is decided that his location will be obfuscated by sending a double in his place to North Africa. Lowly recruit Arthur Atwood, currently specialising in cleaning his base's toilet block, is picked as the closest lookalike, and his training for the exercise quickly begins.

However, whilst MI5 can make the men look identical, Atwood's not a patch on the natural charisma, confidence or presence of Atwood. An extra little something to calm his nerves as the pair prepare to leave for the respective destinations sets a chain of events in motion that threatens to disrupt the whole endeavour, if not the outcome of the war itself.