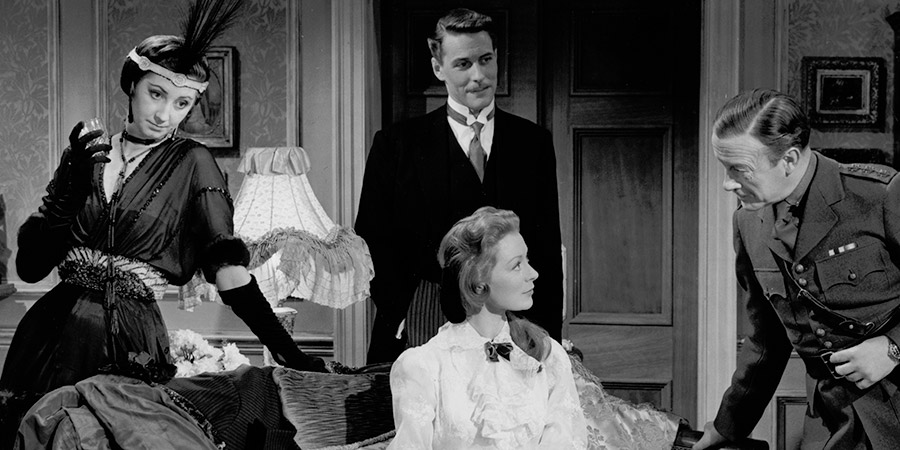 The Man Who Loved Redheads

Young peer and junior diplomat Mark is obsessed by the face of a redheaded girl whom, in his boyhood, he vowed he would love to eternity

Mark St. Neots is a young peer, Lord Binfield, and junior Foreign Office diplomat. Although married with a son he is haunted by a boyhood promise of eternal love to Sylvia, a sixteen year-old redhead.

In 1917 he invites a girl named Daphne to dinner because she looks like Sylvia. He borrows the house of his friend Oscar Philipson, an officer serving in France and assumes the name of Wright. Later he buys the house intent on leading a double life. In the years that follow 'Mr. Wright' uses the house many times!

In 1929 he again sees Sylvia, this time in a prima ballerina named Olga. Aided by the faithful Oscar, Mr Wright goes into action. When he gives a reception for Olga, he is alarmed to see his son Denis appear. The lad has run away from school to become an actor. Denis agrees to keep silent, but another guest addresses Mark as Lord Binfield. This revelation abruptly ends his affair with Olga.

Years later, Mark is ambassador to France and Oscar has reached the rank of General. They meet two young models; one, named Colette, again has the face of Sylvia. They take the girls to the Old Vic where Denis is acting. Mark is dismayed to find his wife Caroline also in attendance, and his explanations do not deceive her. In fact, she confides that she has always known about Mr. Wright, and his obsession with that perfect, red-framed face.