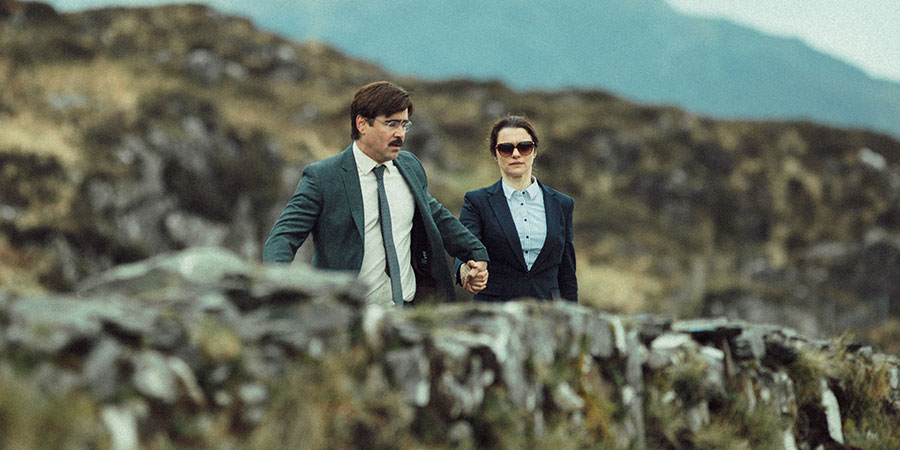 In a dystopian near future, single people are obliged to find a romantic partner in 45 days or are transformed into beasts and sent into The Woods

The Lobster is a love story set in the near future, when single people, according to the rules of The City, are arrested and transferred to The Hotel. There they are obliged to find a matching mate in 45 days. If they fail, they are transformed into an animal of their choosing and released into The Woods.

After his wife leaves him, David is incarcerated in The Hotel with his dog - previously his brother - Bob. Having met only a series of losers and oddballs, he resolves to fake romance with a woman known for her heartlessness and ruthless manner: surely, he reasons, it is better to pretend to be in love than to be turned into an animal. However, it is not long before she discovers his deceit and when she attempts to take him to The Hotel's manager, David makes his escape.

Heading from from The Hotel to The Woods where The Loners live, he begins a new life of rough-living with the peculiar group, amongst whom relationships are forbidden. Under their strict leader, The Loners forage and hunt; practice escaping the regular shooting parties sent from The Hotel; and must dig their own graves, ready for their eventual deaths. However, there are also occasional trips by small sub-groups into The City, where they do occasional business, shop, and visit the leader's parents.

Despite the group's rules, David soon finds himself developing a bond with a fellow Loner who suffers from a similar short-sightedness to him. As they fall in love, the pair are in increasing danger and at pains to keep their romance a secret from everyone else.