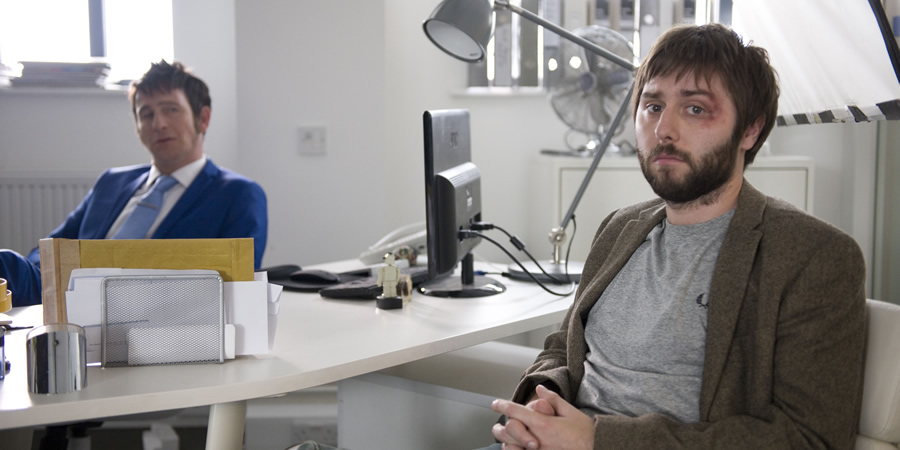 The Comedian's Guide To Survival

The story of an embittered journalist aspiring to become a successful stand-up comedian, The Comedian's Guide To Survival provides a unique insight into the comedy scene at the lowest level of motorway service stations and open mic gigs to the highs of Hollywood and the Just For Laughs festival in Montreal.

Based on the real life story of James Mullinger, in this film James Buckley plays Mullinger, a magazine writer who wishes he were on the stage rather than interviewing those lucky enough to be on it. James' boss and family implore him to leave the comedy behind and concentrate on his day job rather than traipsing around empty pubs and clubs. Ignoring them, he encounters numerous A-list comedians (many of whom are playing themselves in the film) who inspire him, denigrate him, fulfil him and - occasionally - abuse him.

Shot in England, America and Canada, this is a tale of epic proportions as we follow James on a path of redemption to find his true calling in life.