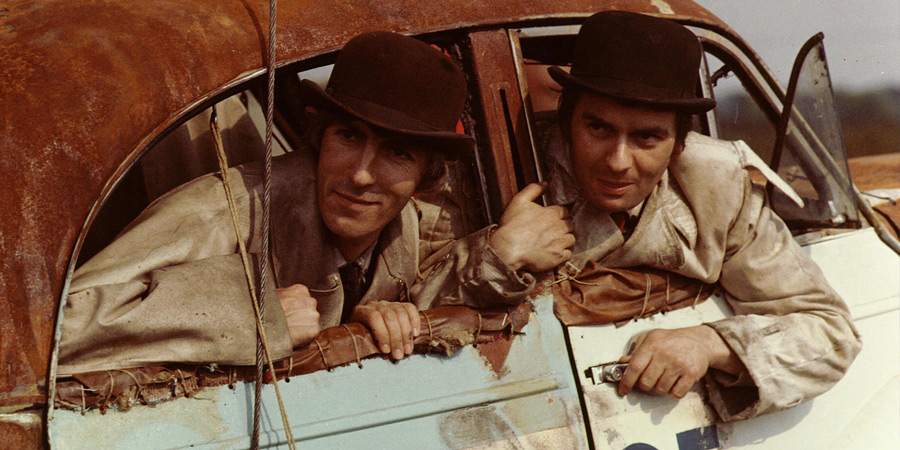 World War III has been and gone, and very quickly too. The shortest war in history, "the nuclear misunderstanding" lasted just 2 minutes and 28 seconds (including the signing of the peace treaty).

Three or four years later London has now been almost totally destroyed, with only about 20 people still alive. These include one man on a bicycle providing the electricity for the entire country (played by Henry Woolf); a newsreader (Frank Thornton) in half a dinner suit working as the BBC; and Mrs Ethel Shroake of 393A High Street, Leytonstone (Dandy Nichols), the Queen's charwoman who is now first in line to the throne and thus the monarch.

The film followers these survivors. Other notables include Lord Fortnum (Ralph Richardson), who due to nuclear radiation is soon to mutate into a bed sitting room; a small family (Arthur Lowe, Mona Washbourne and Rita Tushingham) who have been living off chocolate bars on the Underground Circle Line and whose daughter is 17 months pregnant; soldier-turned-doctor Captain Blues Martin (Michael Hordern); and a pair of policemen (Peter Cook and Dudley Moore) who tell everyone to keep moving.

Then there is also Mate (Spike Milligan), who works for the whole of the GPO; and a nurse (Marty Feldman) who is the entire National Health Service.

The film is an adaptation of the play of the same by Spike Milligan and John Antrobus.