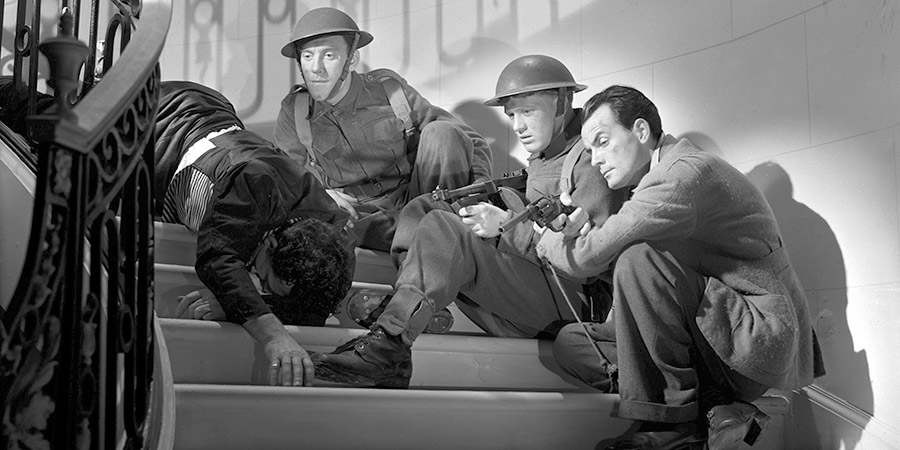 The Foreman Went To France

Wartime propaganda film with a comic edge, about a mission venturing deep into France as the Nazis push forward

It is 1940 and war is raging across the continent as Europe falls to the Nazi jackboot. A British engineering firm has supplied vital machinery for producing artillery for aeroplanes to a French factory, and the French Government had guaranteed the security of the important machines. However, as Hitler's forces push southwards past the ineffective Maginot line, senior engineer Fred Garrick is convinced the kit is unsafe and must be brought back to Britain without delay.

Against the wishes of his bosses, who believe the French promises, he arranges hasty passage across the Channel and boards a train deep into the heart of the country. Sadly, he's not even reached his destination before his fears are proven accurate: the Germans are making rapid gains and regional leaders begin ordering the immediate evacuation of their towns and villages.

Eventually arriving at the factory, Fred finds is deserted save for young American secretary Anne, hurriedly burning papers before the Nazis make it to the town. Searching for suitable transport to carry the heavy machines, they meet Tommy Hoskins and Alastair 'Jock' MacFarlane, a pair of British soldiers who've become lost whilst delivering a consignment of curry powder. Jock is more nervous, but bored Tommy takes little convincing that they should lend a hand!

Now a quartet, Fred, Anne, Tommy and Jock quickly set off across the country with their valuable cargo, but the journey is going to prove anything but easy. From floods of refugees to petrol shortages, nights without sleep, regular aerial bombing raids and a succession of fifth columnists, the success of their mission is anything but guaranteed.