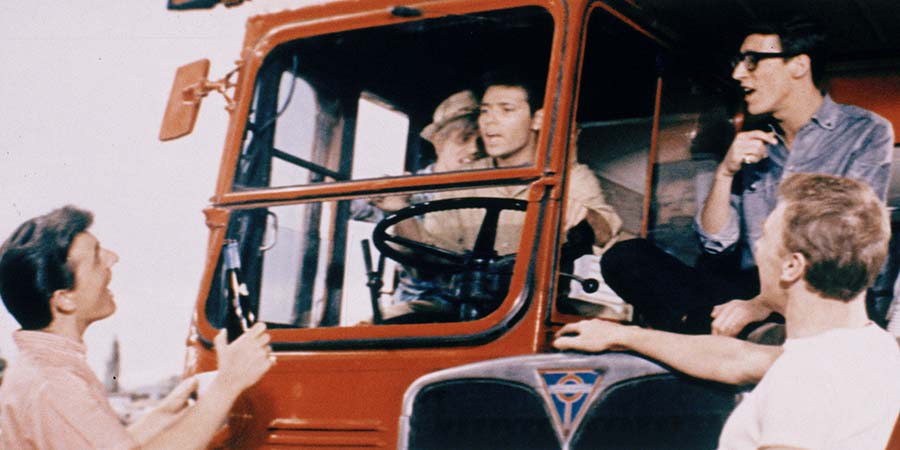 Friends Don, Cyril, Steve and Edwin are bus mechanics working for London Transport. Seeing the flexibility and durability of the double-decker Routemasters they service on a daily basis, they manage to convince their bosses of a hare-brained scheme: if they can fix up an old bus, fit it out like a mobile hotel and get it all the way to the South of France, then next year the company will allow them to take paying passengers.

With the assistance of their colleagues at the busworks, the group manage to get the bus renovated in just a matter of days and head into France. However, they've not even made it as far as Paris before they pick up some additional passengers! A group of girls, a British singing trio on route to a job in Athens, have managed to get this far but their old car is literally on the verge of falling apart - and eventually does, just as the girls are declining the boys' initial offer of a lift!

After stopping off in the great metropolis, the group - now seven strong - soon discover they are harbouring a stowaway, a 14-year old American boy who barely speaks. But he's certainly not all that he seems, and it's not long before the group are the unwitting prey of a pan-national chase, making newspaper headlines across the continent. Can they make it to Athens in time?