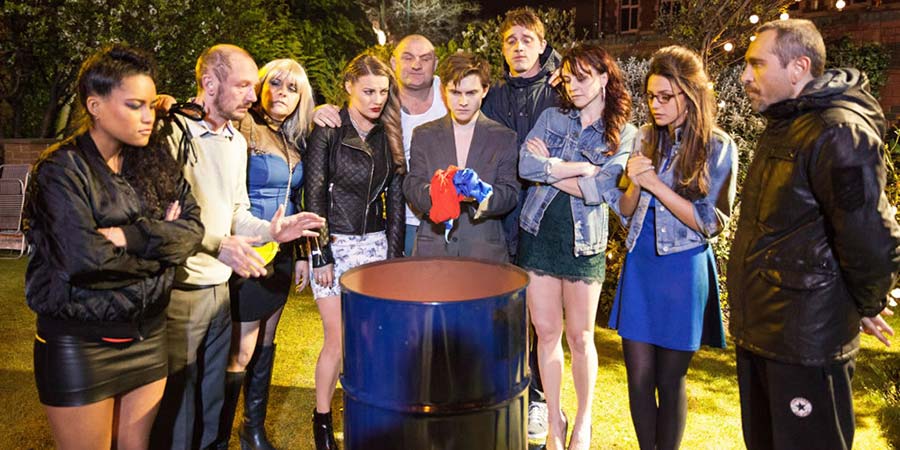 Strangeways Here We Come is a darkly comic British drama that has been likened to a cross between Shameless and Shallow Grave, and which features a highly talented, award-winning ensemble cast from stage and screen.

A group of disparate and desperate residents on the Owen Street Estate in Salford discover that they're all in hock to evil loan shark Danny Nolan with no hope of ever paying him off. One fateful morning after a rollicking, sexy house party, they all come to the conclusion that the only way to free themselves is by bumping him off...