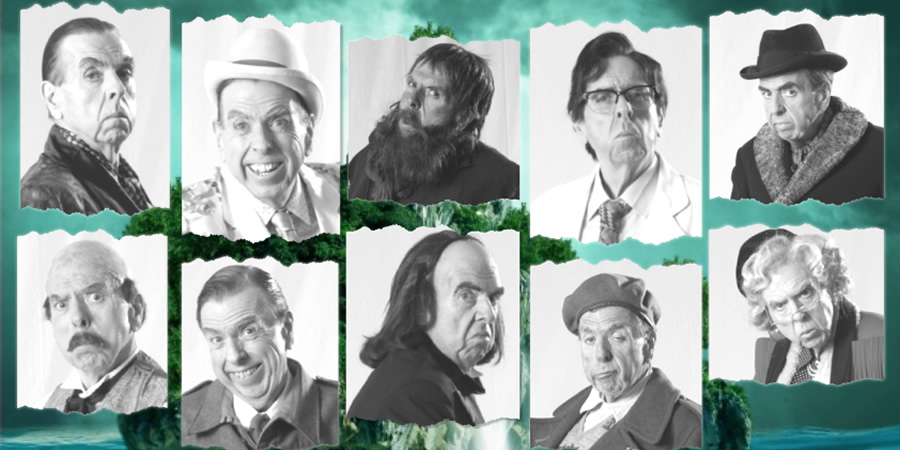 Stanley A Man Of Variety

Stanley finds himself in prison for a crime that he believes that he didn't commit. After many years in solitary confinement, he begins to talk to his comedy heroes from the past as each one tries to help him remember what he's done.

We follow Stanley through his journey of hallucinations as he faces up to his unusual upbringing and his parents bizarre religious beliefs.

Stanley becomes desperate to learn the truth about what happened to his daughter and what lead to having this ordinary life he has already dreamed of.

Award winning actor Timothy Spall plays all the characters in Stanley's hallucinations; from the flamboyant Noel Coward to the grotesque Max Wall to the ukulele king George Formby, to Egor in a Transylvanian castle.

Eventually Stanley flies on a coffin through the clouds making his escape from prison with stand-up comedian Max Miller for company. He then finds himself in a courtroom facing the magistrate played by eccentric Margaret Rutherford. It's down to her to decide Stanley's fate and either send him back to the place where he was born or back to a life in prison.