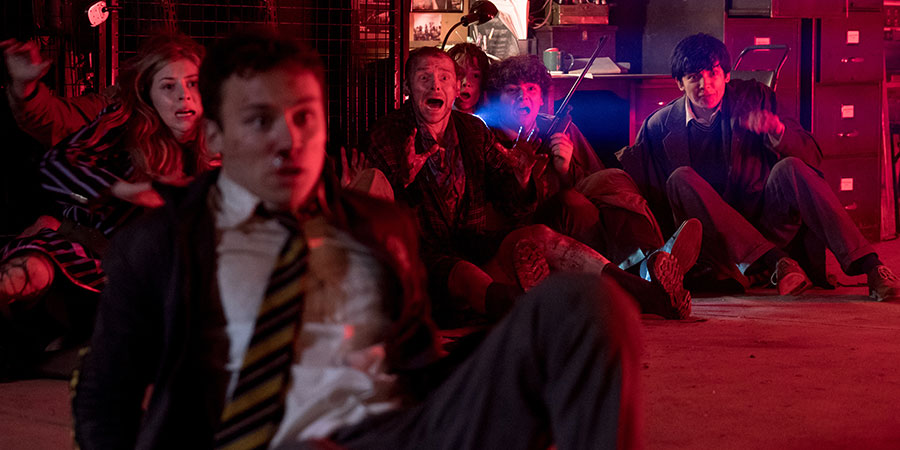 A comedy horror film produced by Simon Pegg and Nick Frost, about a horror unleashed on an elite boarding school

Slaughterhouse Rulez is set in an elite boarding school where boys and girls are groomed for power and greatness - and they're about to meet their match.

The story's hero, Don Wallace, is a wide-eyed new boy from a modest background forced to navigate a baffling new world of arcane rules and rituals, presided over by sadistic sixth formers. Matters of status are aggressively enforced and conversations with school goddess Clemsie are strictly forbidden.

But this ancient and ordered world is about to be shaken to its foundations - literally - and when a controversial frack site on prize school woodland causes seismic tremors, a mysterious sinkhole and an unspeakable horror is unleashed. Soon a new pecking order will be established as pupils, teachers and the school matron become locked in a bloody battle for survival.