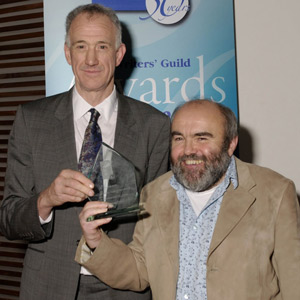 The creators of hit sitcom Outnumbered have revealed that they are developing a film based on the series' format.

Guy Jenkin (pictured, left) and Andy Hamilton (right), who also write and direct the series, and whose past successes include 1990s satire Drop The Dead Donkey, are working on the comedy, which will utilise the successful part-improvised format of the hit BBC One sitcom.

What We Did On Our Holiday reportedly follows a family of similar makeup to Outnumbered's Brockmans - including 3 children - who go on a road-trip to Scotland to mark the grandfather's 75th birthday.

The film is being produced by Origin Pictures with backing from BBC Films, and follows the smash-success of The Inbetweeners' transfer to the big screen in 2011, and speculation and confirmation of numerous other productions based on television characters, including Keith Lemon and Absolutely Fabulous.

Speaking to film industry publication Screen, Guy Jenkin said: "We're taking the techniques from Outnumbered to make a distinctive but broadly appealing British comedy that reflects much of contemporary family life, and it should be unlike anything that's been seen before. Andy and I are excited to be working with Origin and the BBC on this".

He also confirmed that the film would not use any of Outnumbered's cast.

Former BBC Films boss and Origin founder David Thompson told the magazine: "It's brilliant to be working with the supremely talented duo of Guy and Andy, and using the same principles [as Outnumbered] to produce something really fresh, emotional and funny for the big screen. It's encouraging there has been such success for British comedies over the last few years and we're confident this film will reach a really wide audience." 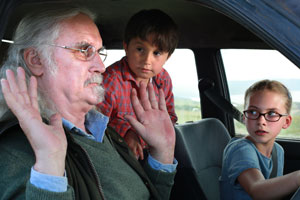 What We Did On Our Holiday