Burnistoun is set to return, as a film focused on the characters Peter and Scott, British Comedy Guide can exclusively reveal.

Currently starring in BBC Scotland reality show mockumentary The Scotts, which they also write, Burnistoun creators Robert Florence and Iain Connell have begun work on a feature-length spin-off of their cult sketch show.

"We're very much still at the writing stages of the script. Early doors" Florence told BCG. "It's about Peter and Scott though, the two pal characters we did on Burnistoun. Working title is Peter & Scott's Dark Night Of The Soul."

Two of the only characters to have recurred throughout Burnistoun's three series and three specials in the course of its decade-long run on BBC Scotland, shell-suited, sofa-bound everymen Peter (Connell) and Scott (Florence) invariably spend their time arguing and seldom leave the house. So a film about them would represent quite a departure for the comedy.

Florence, who branched out into filmmaking by writing and directing the 2014 horror The House Of Him, starring Burnistoun's Kirsty Strain, Louise Stewart and Richard Rankin, told BCG that he currently had "no idea" whether Peter & Scott's Dark Night Of The Soul would air on television or be screened in cinemas.

Set in a fictional Scottish town in the greater Glasgow area, Burnistoun's other best-known characters include McGregor and Toshan, self-important police officers or "quality polis"; Paul and Walter, the disturbingly odd brothers that run an ice cream van; the hapless Biscuity Boyle and Jolly Boy John, who explains the things that make him "For Real!" to the accompaniment of a happy hardcore soundtrack.

Although the BBC never aired the show UK-wide, Burnistoun became available on Netflix in 2019 and 2020 and has attracted an international following on YouTube, with its Voice Recognition Lift sketch attracting more than 800,000 views. 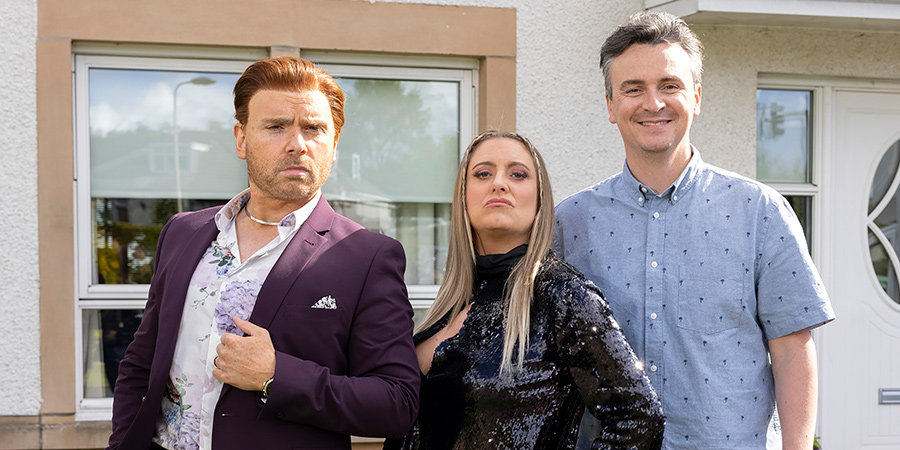 Florence and Connell, whose credits also include writing for Chewin' The Fat and the sitcoms Legit and Empty, star as brothers Vincent, an egotistical cosmetic surgeon, and Henry, a salt-of-the-earth scaffolder, in The Scotts, with Louise McCarthy (Scot Squad) as their self-described "influencer" and aspiring pop star sister Colette. 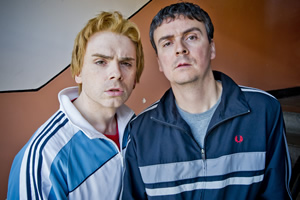