A feature-length film documentary looking at the huge success of the On The Buses movies is in development.

Debuting on ITV in 1969, sitcom On The Buses - which focused on workshy bus driver Stan and his family and colleagues - ran for 74 episodes over seven series, until 1973. Its small screen popularity was such that horror producers Hammer Films took their first steps into the comedy genre by making a feature film in 1971. Produced for less than £100,000, it took more than £1 million at the box office in just six weeks, ensuring not one but two sequel features in the following two years.

Fifty years since the release of the first silver-screen spin-off, all three films remain wildly popular and are repeated regularly on television.

Now, Rabbit & Snail Films, who have previously worked on projects such as At Home with Derek Fowlds, are working on creating On The Buses At The Movies.

Featuring never-before-seen interviews with members of the cast and crew, the documentary will examine the success of the films and celebrate the 50th anniversary of the classic film series.

Rabbit & Snail Films confirm: "The documentary is now in production and we're busy recording new interviews for the film, speaking to former cast and crew, as well as revisiting a number of the original locations."

Star Reg Varney - who played Stan - died in 2008, whilst Bob Grant (Jack) passed away in 2003, and Stephen Lewis (Blakey) in 2015. Creators Ronald Wolfe and Ronald Chesney died in 2011 and 2018 respectively. However, archive interviews with them will feature in the new documentary too.

The producers confirm: "Courtesy of Morris Bright, we're also tapping into archive interviews with the writers of the TV series and the films, Ronald Chesney and Ronald Wolfe, as well as hearing from cast members Reg Varney (Stan), Anna Karen (Olive) and Stephen Lewis (Inspector Blake)."

When released, On The Buses At The Movies will be available to rent or buy through various digital channels. The producers are also working on plans for a number of live screenings and exploring options for a possible DVD release.

The production company confirms: "The exact release date is to be announced, but we're currently targeting the end of August 2021, which is 50 years to the month that the first of the three films was released."

Talking to BCG, Richard Edwards, the film's producer and director, says: "I'm really delighted to be working on a new documentary that celebrates the 50th anniversary of this classic film series. The On The Buses films are still hugely popular and are shown regularly on TV, not just in the UK, but around the world. And what's particularly amazing is that they're not just enjoyed by those who remember them the first time round, but now by newer, younger audiences, who are discovering them for the first time."

Here is the announcement video: 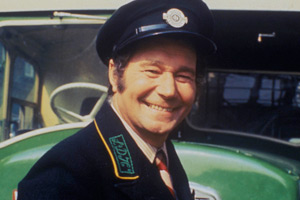 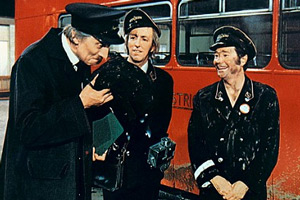 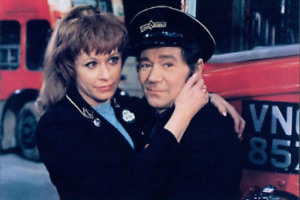 Mutiny On The Buses 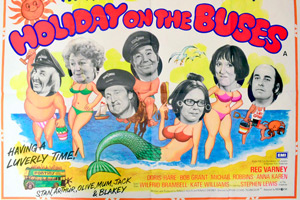 Holiday On The Buses 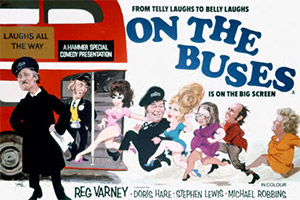 On The Buses At The Movies