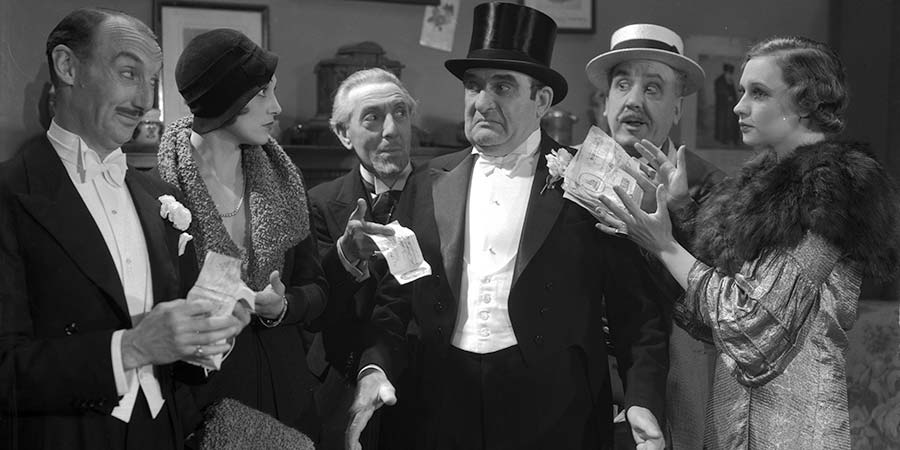 In London's East End a businessman is set to come into a large inheritance, if only he can get rid of all of his money within a month

After a lifetime of competition, Abe Pilstein has succumbed to cashflow problems at his East End shop and decides to retire and sell up to his neighbour, some-time-friend and often-times rival, Hymie Burkowitz.

Hearing about the money he has come into upon sale of the business, he is soon approached and introduced to a series of aspiring entrepreneurs in need of financial backing of their own: a boxing promoter, a theatrical impressario and a bookmaker amongst the bunch.

Unsure as to where to invest his funds, Pilstein and his daughter Rosie are shocked to receive notice of an inheritance from a distant cousin of some £100,000: provided he has no more than £50 to his name in one month's time. Abe is quick off the mark in calling upon each potential partner and giving them as much as necessary - using his weight as financial backer to undermine their endeavours. But remarkably, despite all best efforts, each pays off and the Pilsteins are soon richer than ever before!

Meanwhile, Rosie has met and is growing increasingly fond of Kensington-based aspiring boxer Jimmie Dale: something that makes her childhood friend and Hymie's son, champion boxer Kid Burke, increasingly jealous! In a fit of anger, Jimmie and the Kid agree to fight one another - and Rosie reluctantly agrees to marry the winner. Perhaps this sporting occasion could also offer her father the financial assistance he needs.