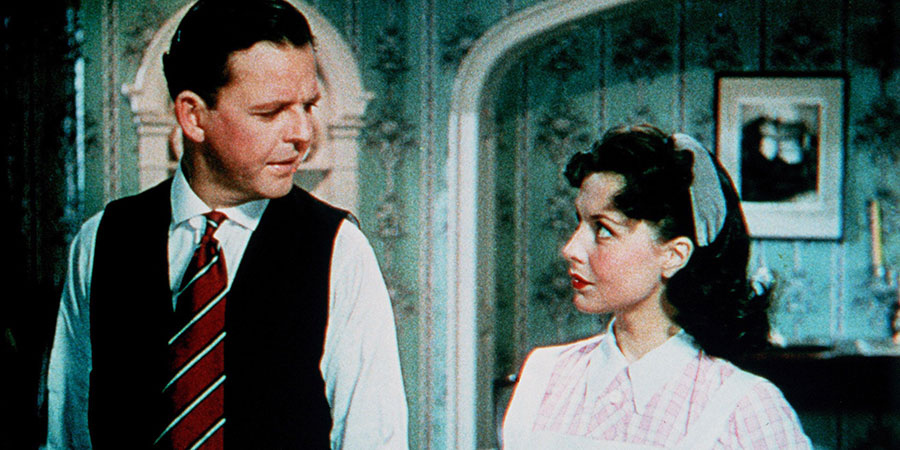 In the village of Dunmow, the Topham family - despite having been resident for some 15 years - are still considered newcomers. The well-off tri-generational family reside in a large home and are eagerly awaiting the arrival of a replacement domestic maid to save them from Grandpa's cooking, set to arrive from Hungary.

Despite the comfortable size of the property, waiting for their own home to be constructed by a local builder who takes a rather relaxed attitude to his work, Basil and Julie Topham, son of the senior Tophams and his beautiful wife, are growing increasingly impatient with their habitation - and Julie has even more reason to be frustrated when her in-laws' maid arrives, and turns out not to be the old crone her photograph showed, but a very beautiful young woman, Marta, who seems to steal the eye of every man in the vicinity: Basil and his father most certainly included!

To complicate matters further, Basil's mother is on the committee for the annual Dunmow Flitch, a competition in which a married couple must prove they have had no major quarrels in the previous "twelve months and a day", in order to win a large flitch of bacon, not to mention considerable local credence. Struggling to find any other suitable participants for this year's competition, she puts forward Basil and Julie and they are duly accepted as the only contestants.

However, with Basil paying Marta ever more attention - and the sudden arrival of a previous boyfriend from back home in Hungary - the young Tophams' marriage is currently far from ideal, and their winning of the prestigious annual title is far from guaranteed.