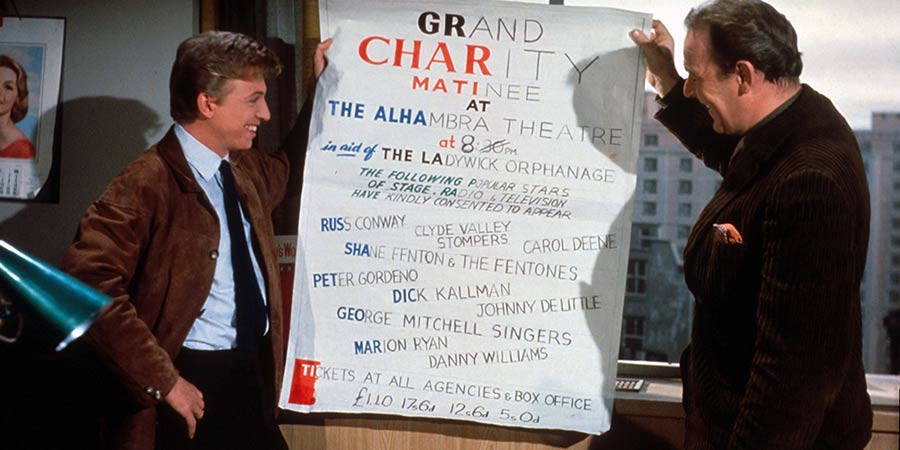 Regularly thwarted at work by his boss and sometime friend, Max, Billy Bowles is an assistant record producer with a talent for spotting the next big stars - for which Max takes all the credit, naturally.

Julie, Billy's secretary and girlfriend, ably assists at any point she can, but there remain tensions between them: her father is rich, and Billy is an orphan, not believing for a moment that he'd be allowed to marry her.

However, he's still a devoted supporter of the Ladywick Orphanage where he was raised, and visits the children there every week without fail, bringing toys, songs and laugher. Having kept his background a secret, even from Julie, Billy's various worlds slowly begin to collide. The company is under pressure to sign new artists; Julie's father has hired a private detective to investigate the man who is wooing his daughter; and - worst of all - he discovers Ladywick is in severe financial trouble and at the risk of permanent closure.

In a characteristic moment of inspiration, the solution becomes obvious: he'll rally his friends and contacts in the industry to put on a gala benefit show to raise the funds to secure the orphanage's future. Happily, the stars - including Shane Fenton and The Fentones and Marion Ryan - are pleased to agree to take part, but as the night of the performance draws ever nearer, a small but crucial mishap threatens to ruin everything.