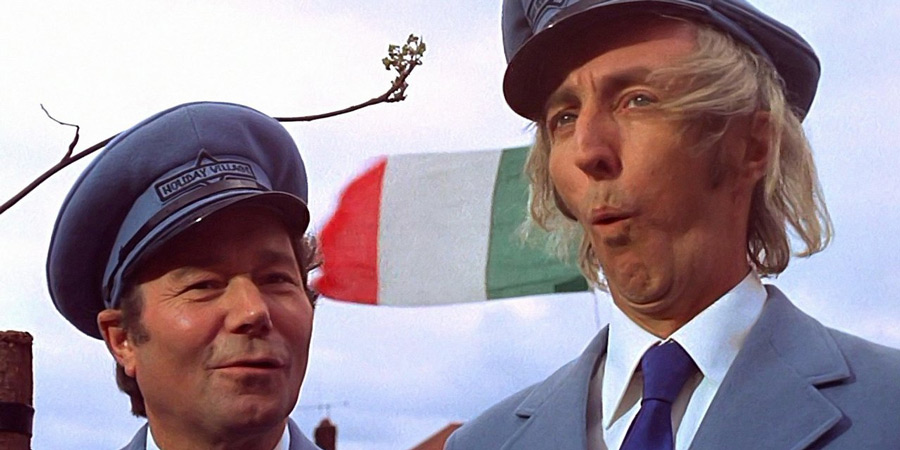 Holiday On The Buses

Third film spin-off from On The Buses. There is mayhem at a holiday camp when Stan, Jack and Blakey go to work there during the summer

When Stan, Jack and Inspector Blake are sacked from Luxton & District Bus Company, they find themselves at Pontins holiday camp running the tour bus, and for Blakey, running park security. Now, surely, they can drop the personal vendettas.

Once they have settled in, Stan has a fantastic idea - "I'll invite me family up for an 'oliday". Those immortal words bring with them the chaos that he deserved for such a thought.

Meanwhile, Jack tries it on with a bird, Stan runs around after Mavis and his family whilst his Mum falls for old Irish codger Bert. It soon becomes apparent that Blake is carrying on with the camp's nurse, and running his own old-time dancing classes.