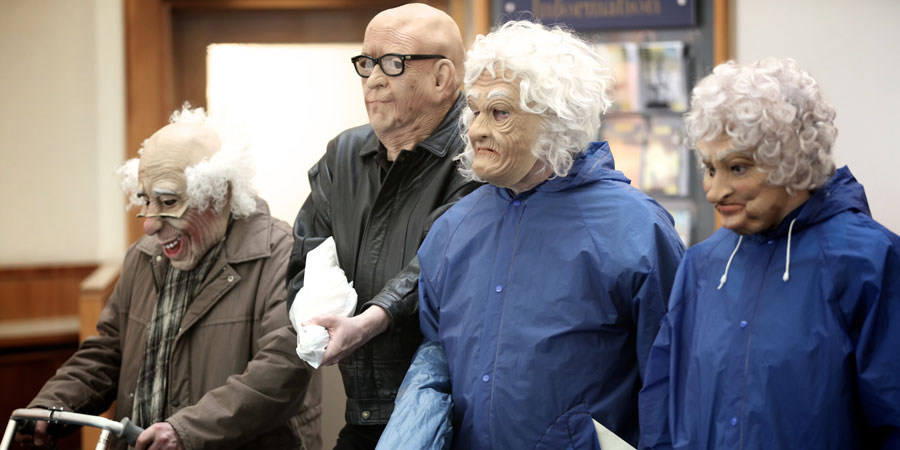 Fate, the financial crisis and a stubborn refusal to accept the injustices of old age have forced law-abiding, retired couple Arthur and Martha Goode into a life of crime. Refusing to take the loss of their pensions lying down and simply fade away into their declining years, our characters decide to fight back and take back what's rightfully theirs. Their plan is simple: hit a series of banks and steal back their pensions along with those of their similarly stricken friends. After all, who would expect an elderly couple towing a caravan behind their sensible Volvo of being a modern-day Bonnie-and Clyde?

Initially things go to plan and Arthur and Martha revel in the excitement of their success, this reigniting their passion for life both in and outside of the bedroom. But it soon becomes clear that they're going to have to carry out an even larger raid in order to stop their beloved social club from being turned into a supermarket.

Pretty soon, their friends are recruited to form a motley band of unusual suspects and they prepare to take down the biggest bank of all. But you know what they say: "The bigger the score, the bigger the risk"...and by now not only are they being hunted down by the ruthless and ambitious DC Stringer but veteran copper Sid and his young sidekick Dave are closing in fast ". Still, our plucky pensioners aren't prepared to back down and the action hurtles headlong to a showdown between Arthur, Martha and Sid on the day of their climactic heist. Will Sid bring in our loveable outlaws? Or will he see that they're simply decent people trying to reclaim what's rightfully theirs?