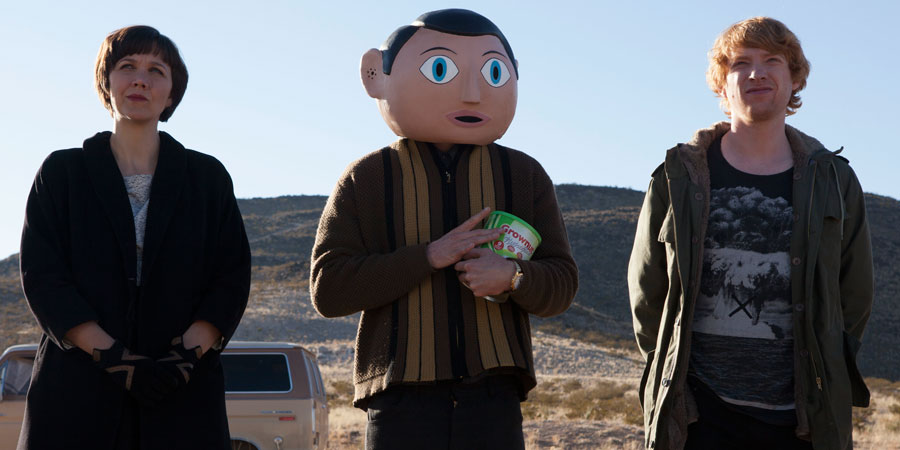 Film based on the Frank Sidebottom character. Young musician Jon discovers he bitten off more than he can chew when he joins an eccentric pop group

Comedy about a young wannabe musician, Jon (Domhnall Gleeson), who discovers he's bitten off more than he can chew when he joins a band of eccentric pop musicians led by the mysterious and enigmatic Frank (Michael Fassbender) and his terrifying sidekick Clara (Maggie Gyllenhaal).

In the world of alternative music, The Soronprfbs are the ne plus ultra of outsiders. A brilliant, ramshackle, barely functioning band, they are built around the eponymous Frank, an unstable yet charismatic musical savant, who at all times wears a large, round fake head with crudely painted on features.

His closest musical collaborator is the forbidding Clara; part caretaker, part jailer, Clara is the antithesis of all things mainstream. The band is completed by Nana, a Moe Tucker-like drummer, and Baraque, a beautiful Frenchman who plays bass.

Into this mix comes replacement keyboard player, Jon, after the band's original keyboardist is hospitalised following an attempt at drowning himself. In his head, Jon is a true creative, a maverick musical force; in reality he's a very ordinary young man trying to escape his hum-drum, small-town life.

For Jon, this is the break he's been waiting for, his chance to climb through the looking glass and into the world of artistic collaboration, real music-making, and rock 'n' roll adventure that he's always dreamed of. But he discovers (and perhaps has always suspected) that he lacks the one thing he needs to make his dream come true - genuine talent.