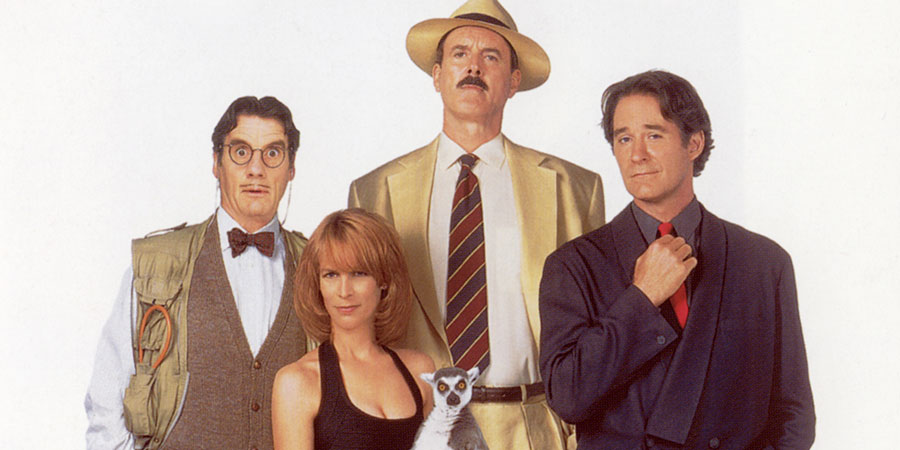 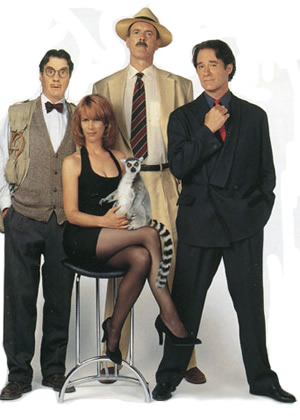 Rollo Lee (John Cleese), an ex-policeman, is sent to run Marwood Zoo, the newly acquired business of New Zealand tycoon, Rod McCain of Octopus Inc. In order to meet high profit targets and keep the zoo open, Rollo enforces a new 'fierce creatures' policy, whereby only the most impressive and dangerous animals are allowed to remain in the zoo.

The keepers are less enthusiastic about complying with the demands of Octopus Inc. Insect devotee Bugsy and the rest of the keepers plot and scheme, using lots of fake blood and impressive tranquiliser guns, to convince Rollo and the public that the most docile of creatures can be wild. After a number of public catastrophes and misunderstandings, the staff reach an understanding with Rollo, who has formed an attachment to the zoo and its more cuddly inhabitants.

However, after the publicity of a particularly nasty "Vampire Gunman Runs Amok" incident at the zoo, Rollo is demoted to middle management. A determined businesswoman, Willa Weston (Jamie Lee Curtis), is sent to replace him, bringing with her Rod McCain's immature son, Vince (Kevin Kline). While Willa slowly bonds with the animals and the keepers (particularly Rollo), Vince's greed and superficial promotion of the zoo earns him no friends, despite his obvious advances towards Willa.

Rod McCain visits to check on his investment, and it is discovered by Rollo and Bugsy that Rod wants to close the zoo due to its poor performance. Vince is also found to be stealing money from the zoo, leading to a confrontation with the rest of the zoo staff. Vince is dissuaded from running away with the cash, but Bugsy's incessant chatter proves too much for him; Vince grabs a gun from the office and threatens to shoot unless Bugsy shuts up.

Rod appears, already aware that his son has been embezzling, and informs Vince that the police are on their way. Vince turns to threaten his father, but is unable to pull the trigger and instead hands the gun to Bugsy, who inadvertently shoots Rod himself, right between the eyes.

A chaotic plan is formed to deceive the police, and Rod's body is smuggled into the lemur shed. While the keepers dress Vince up in a cunning impersonation of his father, Rollo and Willa stall Neville (Rod's assistant) and the police for time. Vince reappears as Rod and informs everyone that he has rewritten his will, leaving the zoo to Rollo, Willa and the keepers, and the rest of his assets to his son, Vince. After signing the will, with Neville and the police as witnesses, "Rod" retreats to the shed in apparent melancholy. The real (dead) Rod is redressed and the scene is staged to look like suicide, as Rollo and Willa discuss Rod's "black moods" with the increasingly worried police, who decide to break down the door. Rod's body is discovered, and it is assumed that he has killed himself. Vince, having jumped out of the window at the last second, enters and feigns devastation, pausing only to fire Neville.

With Rod dead, Vince gone to spend his billions and the zoo back to normal in the hands of the staff, Rollo and Willa finally unite.