The cast talk about their characters... 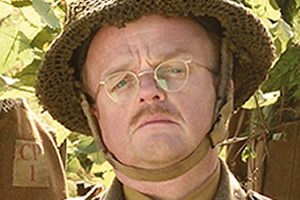 The unit's leader and Walmington's bank manager, George Mainwaring is pompous and self-important in the best traditions of British comedy heroes like Basil Fawlty and David Brent. "He's such a small-time leader," explains Toby Jones, "and his strategies and self-aggrandisement are so transparent, it doesn't bother anyone." While Mainwaring's perpetual quest to become a truly commanding figure is doomed to failure, his persistence is heroic. "He never feels sorry for himself," adds Jones, "which makes him sympathetic". And the million shilling question? "How old is he? Very good question. I don't know the correct answer but I imagine him as an old-school guy in his fifties." 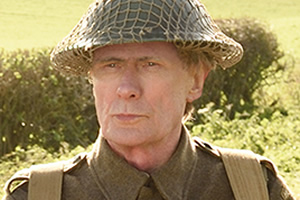 The world-weary but charming Arthur Wilson, deputy to Mainwaring in the squad and at the bank, is the sharpest mind in the unit. His sense of propriety, however, often leaves him frustratingly reluctant to assert his common sense as second-in-command to the bullish Mainwaring - even in times of crisis. "Wilson is a very kind, diffident man," says Bill Nighy, "but he's found himself off the beaten track. He's deeply fond of his wife Mavis and deeply tolerant of Captain Mainwaring's impossible ludicrousness. He gives the impression of being someone who's never going to be good at anything, but he doesn't too badly at soldiering. He can surprise you." 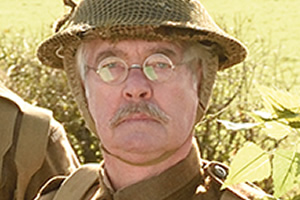 "Jones has a military background but he's not as brave as he makes out," says Tom Courtenay of the self-proclaimed warhorse made famous by Clive Dunn. "He claims to be an old campaigner but it was only in the Catering Corps," Courtenay adds, "so when Mainwaring wants to lean on him as an experienced soldier, he finds it a bit disappointing." Jones is quick to boast of his experiences with Lord Kitchener in the Sudan 50 years earlier. "He's full of bravado about the past and how steeped in blood he is," elaborates screenwriter Hamish McColl. "He talks tough but he's not been to the edge. Aside from being the most hawk-like member of the squad, Jones is also a staunch Mainwaring loyalist. "He thinks Mainwaring is a wonderful leader," says McColl. "He's loyal and think the world of him, where perhaps the others have a clarity and perspective he lacks." 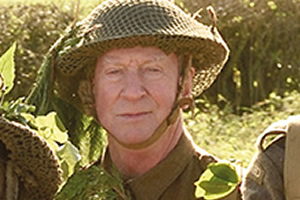 Played by John Laurie in the BBC comedy, ex-Royal Navy sailor Private Frazer is a lugubrious Scotsman with an occasionally doom-laden outlook on life. Just the man, in other ways, to take the pompous Mainwaring down a peg or three. "He wants it recognised that he's vastly more experienced than this jumped-up little squit," explains Bill Paterson. "He's the only one who's out-and-out critical of Mainwaring." But despite being a veteran of the Battle of Jutland, Frazer's military instincts aren't quite what he thinks they are. "When his bluff is called, he doesn't quite live up to it," adds Paterson, whose own father had been in the Home Guard in Clydebank. "The Scots always has a sense of being very much part of the British war effort, but very definitely wanted to be recognised for being separate - there's more than a wee bit of that in Frazer." 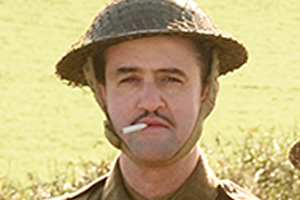 "Walker is your archetypal London spiv," explains Danny Mays of the unit's wheeler-dealer. "He's come to Walmington because he's hiding from something in London, but then he realises that this small community is an absolute goldmine. He's your classic rogue - a charmer and a complete ladies man. The inside of his suit jacket is lined with reams of watches and tights. He adds a lot of energy and humour to that group, and he's never frightened to go up against Mainwaring. He's a bit cheeky and can cross that line a little bit. He's a great member of the gang." 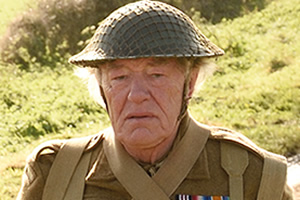 A bit vague but kindly and well-intentioned, Private Godfrey brings benevolence and good humour to the group, if not exactly bayonet-sharp combat skills. "Godfrey speaks very little and he's always smiling," explains Michael Gambon. "He joins in the fun but does everything quite seriously. He walks quite slowly and because he's getting on a bit, he always seems to do the wrong thing. When they say 'right turn', he turns left. He's not quite with it." Like Walker, Godfrey is a ladies man, albeit a very happily married one. "He quite likes women," says Gambon, "and his relationship with his wife is so good, they never talk to each other. They just smile." 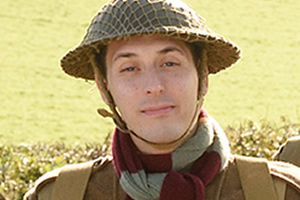 "He's very much a mother's boy," says Blake Harrison on the unit's youngster, who he describes as "not the sharpest knife in the drawer". "He's not necessarily stupid but because he's always fantasising about one thing or another, he doesn't really listen. He's a bit of a dreamer. People will be talking and he'll only catch the end of it, say something and they'll look at him like, 'What are you talking about, you massive moron?' He loves going to the cinema and thinks his life should be more like Errol Flynn in those swashbuckling, romantic movies. Of course, he lives at home with his mum and has a snail's pace romance was a girl down the road. It's not quite whirlwind enough for him."