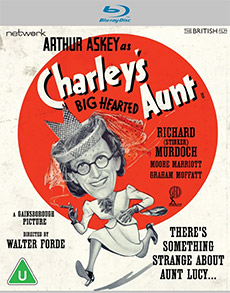 Arthur, Stinker and Albert - a trio of reprobate students - are in danger of expulsion from Oxford for conduct unbecoming. After due consideration they hatch a cunning plan to save their bacon - the only problem is that it entails convincing the Dean that Arthur is actually Albert's wealthy Aunt Lucy!