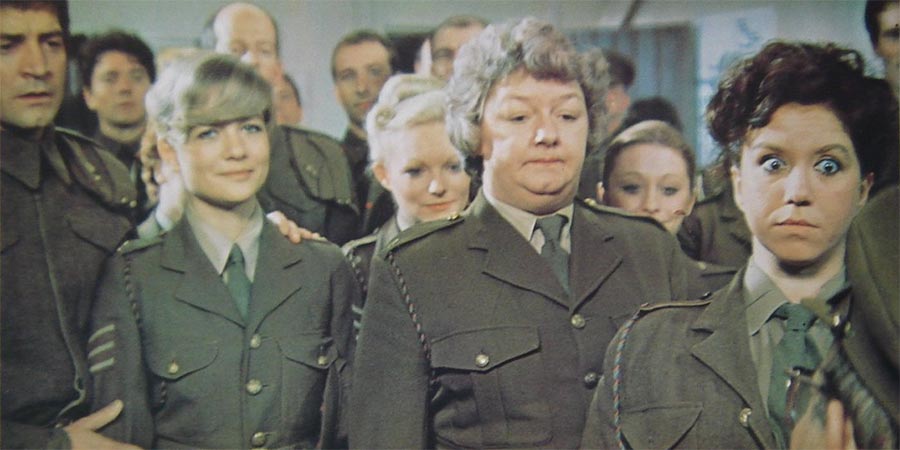 Captain S Melly is put in charge of a troublesome mixed-sex anti-aircraft battery during World War II, tasked with getting the troops into shape

It is 1940 and the height of the Second World War. Somewhere in the south of England, Captain S. Melly has been sent to an experimental mixed-sex anti-aircraft battery. His mission? To instil a sense of order in the troops, who are more concerned with capturing the opposite sex than the enemy.

Melly's unforgiving attempts to whip his men and women into shape are met with a brick wall of in-cooperation, however. It seems the recruits of 1313 battery are more than happy with their cushy life just as it is, thank you very much: the only action they're concerned with engaging in is in the bedroom!

Despite the best endeavours of Melly's second-in-command, Sergeant Major Bloomer, the two groups - lead by Sgt. Tilly Willing and Sgt. Leonard Able - prove as unbending for him as they have been for his predecessors and attempt every trick in the book, from feigning illness to sabotaging their new commander's clothing.

Tagline
It's the biggest BANG of the war!
Part of