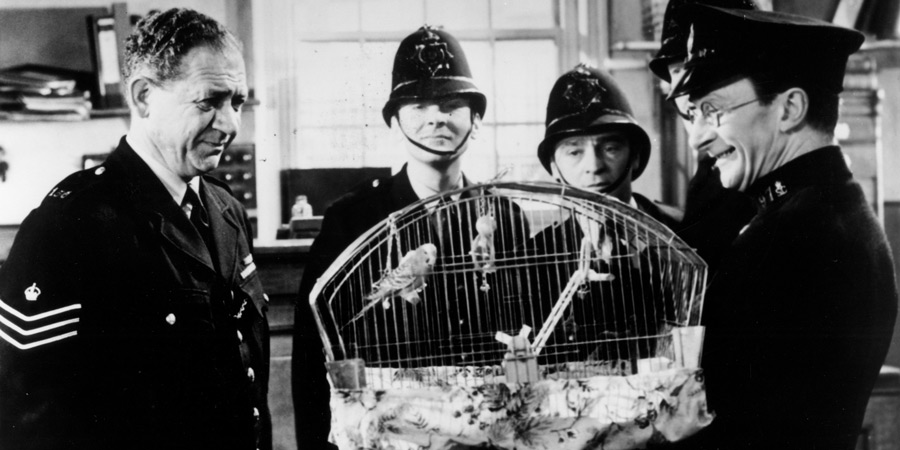 Classic comedy with Sid James making his debut. A group of novices are drafted in to cover at a police station that's been hit by flu

A flu epidemic is sweeping through London, and the staff under Police Sergeant Frank Wilkins are no exception. When he finds that the majority of his constables are confined to their beds, Met bosses arrange for four fresh-faced candidates from police training college to join his ranks.

Unfortunately for the already put-upon Wilkins, the new recruits who turn up at his station are - although certainly keen - a right shower: Constable Potter is a foppish individual from a well-to-do family, with a keen eye for blondes; Constable Benson is obsessed with his own ability to read peoples' faces for traces of criminality; whilst the unfortunately-named Constable Constable is as superstitious as they come!

The only recruit with any apparent competence for the job is Policewoman Gloria Passworthy. Unfortunately, she doesn't get off to the greatest of starts with Wilkins's desk sergeant, fellow female officer Laura Moon.

With Wilkins under pressure from his tetchy, bullying Inspector to get the rabble under control and patrolling the streets in a sensible manner, it's looking more and more like he'll be transferred away from the station. However, he favours giving them a little time to bed in, and is soon following each around to check on their competencies out on the beat.

If that weren't enough to contend with, a robbery of thousands of pounds in wages takes place on their local patch, and Wilkins has extra pressure piled on to catch the culprits - and fast!

Tagline
That hilarious 'Carry On' shower in another riot of laughter!
Part of