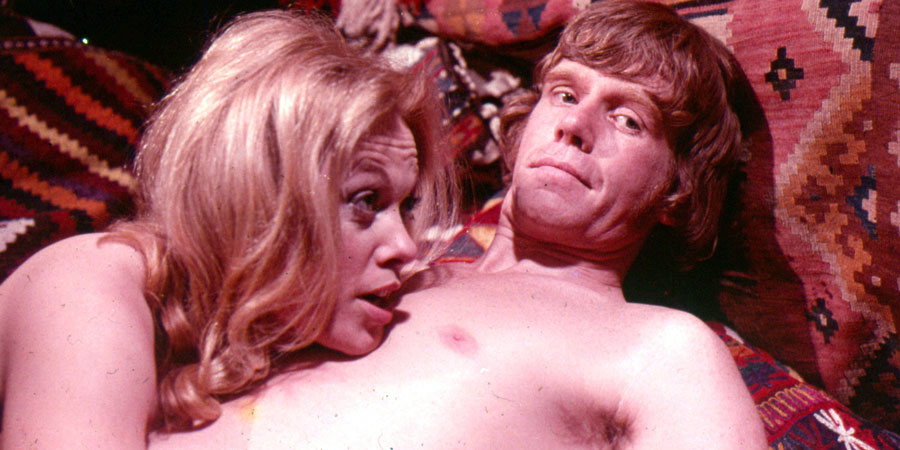 Can You Keep It Up For A Week?

Bad luck seems to befall Gil Masters at every turn. No matter the task, his earnest attempts are thwarted, either through his own lack of skill, the intentions of others, or plain bad luck. The one exception is bed, where he seems to be a natural master of the arts!

For long-term girlfriend Annette, that's exactly the problem. Despite professing to be very much in love with him, she refuses to countenance marriage as Gil's just too unreliable. Desperate to please her and head down the aisle, and after just the latest in a long line of sackings, she offers him a deal: if he can go and get a job the next day and keep it for at least a week, she'll marry him. If not, he has to walk into Buckingham Palace completely naked.

"You really think you can keep it up?", she asks.
"What a silly question!"