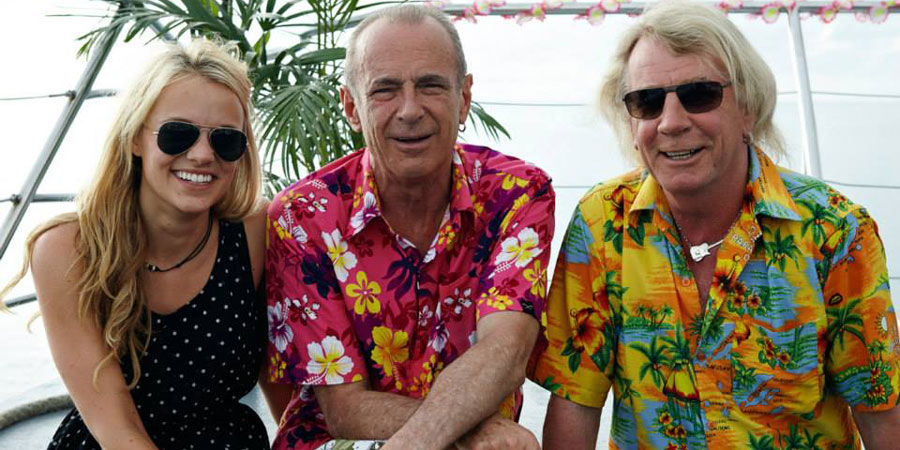 Rocking All Over The World, Status Quo witnesses a gang murder in Fiji. They flee with crucial evidence; have they played their last gig?

Rock legends Status Quo are finishing their 50 Year Celebration tour. They come off stage to thunderous applause and slip away for a quiet drink. Suspecting a bigger party is going on in the back bar, Francis Rossi and Rick Parfitt slip through security and gate crash the event. They witness a gambling ring forcing competitors to play Russian roulette. The winner gets dinner. The other loses their head.

Parfitt and Rossi grab evidence of the murder and create a commotion so they can get away. Wilson, the lead gangster, catches sight of them and orders their heads.

Parfitt and Rossi are on the run. Simon, their bodyguard-cum-manager, and Caroline, a cheeky intern, are tasked with keeping the press in the dark while protecting Status Quo.

An ambitious reporter, Dave, senses there is a story. Caroline holds him off as long as possible, but as the situation escalates, enlists his help.

Nine new potential hits and Francis Rossi and Rick Parfitt like you've never seen them before, crashing through windows and fighting for their lives. This chase movie is not to be missed.