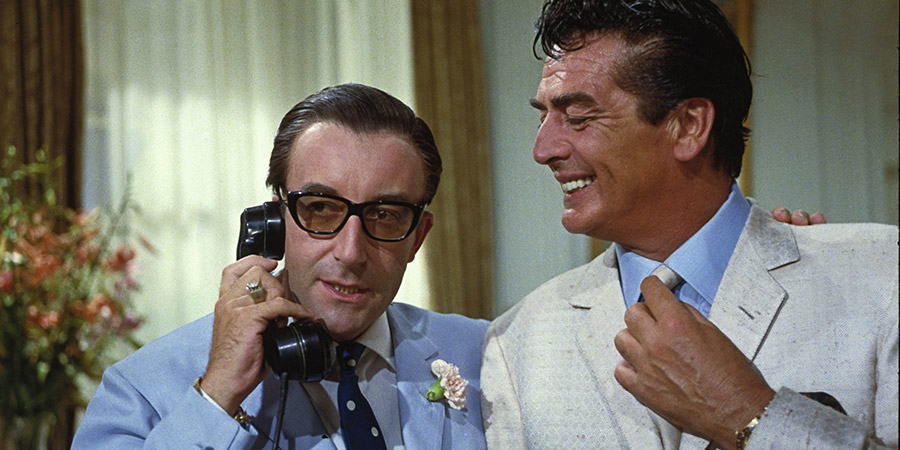 In the shadow of Cairo's pyramids, an audacious gold heist is under way as a group of criminals steal a fully loaded bullion van, complete with its driver and security guard.

Meanwhile, Italian master criminal Aldo Vanucci is enjoying life during his latest spell in prison: when he's approached with the task of handling the gold on the next leg of its journey, he's quick to dismiss the offer. However, the suggestion that his younger sister Gina is no longer quite so sweet and innocent as he remembers fires his desire to leave, and a break-out is all too swiftly enacted!

Arriving at the family home in Rome, he is chastised by his widowed mother for his life of crime and for failing to keep either her or Gina, who now harbours dreams of becoming a famous actress. He appears to realise he must change - but needs money to offer them the life they deserve, and the grandchildren his mother demands.

Quickly realising the bullion job would provide just such means, Vanucci makes contact with smuggler Okra and arranges to take on the task, with the help of his friends and associates, Pollo, Siepi and Carlo. The 'how' proves a more difficult question to answer, but a public confrontation with Gina over her career ambitions, and the chance sighting of American movie star Tony Powell arriving at a luxurious hotel nearby, gives inspiration of almost divine nature: fake a film shoot with a gold smuggling scene, and get all the cover of broad-daylight, the public and police assistance, and everything else that goes with it!

Production companies
Also known as
Picture
Black and white
Soundtrack
Theme song, released as The Fox-Trot, composed by Burt Bacharach with lyrics by Hal David, and performed by The Hollies and Peter Sellers.
Laugh track
None